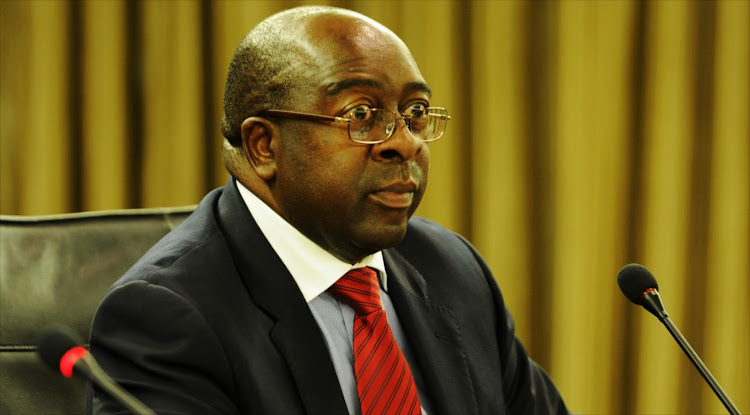 Finance Minister Nhlanhla Nene says there will be a full forensic investigation into some of the Public Investiment Corporation's leaders
Image: Gallo Images / Foto24 / Mary-Ann Palmer

Minister of finance Nhlanhla Nene has announced an investigation into the Public Investment Corporation (PIC)‚ which invests R2-trillion of mostly government pension funds.

He met with the board of PIC on Wednesday.

In a statement‚ the minister said there would be a forensic investigation into some of the fund's leaders – a suggestion that chair Dan Matjila may have to answer the allegations piling up against him.

The ministry of finance announced:

“Further details on the independent inquiry‚ including the name of its head as well as its terms of reference‚ will be announced in due course,” the statement read.

The independence of PIC chairman Matjila has been called into question and he is to hear by the end of the week if he still has a job.

Finance minister Nhlanhla Nene will make an announcement on the fate of Dan Matjila‚ embattled CEO of the Public Investment Corporation (PIC)‚ before ...
Business Times
3 years ago

Business Day previously reported that UDM leader Bantu Holomisa asked the Pretoria High Court in July to have Matjila suspended over allegations that he acted improperly by awarding a R21-million loan to a company that was linked to his alleged girlfriend‚ Pretty Louw. He also is accused of asking a company in which the PIC had invested to settle a R300‚000 personal debt belonging to Louw. Matjila has denied the relationship.

The PIC is the main investor of government pension funds.

It has been embroiled in multiple scandals, raising concerns about government workers' retirement savings.

In recent weeks‚ it emerged that PIC senior executives were allegedly paid bribes to invest in VBS Bank‚ with R1.5-billion from the collapsed bank now missing.

The two executives ensured the PIC took a 25 percent stake in VBS.

The head of legal counsel‚ governance and compliance Ernest Nesana had resigned in response to the scandal. Earlier this year‚ manager Paul Magula was fired on grounds of “poor performance”.

Holomisa: I've been gagged but I'll fight on

United Democratic Movement (UDM) leader Bantu Holomisa says he will fight a court interdict that blocks him from repeating his allegations that ...
Politics
3 years ago

The North Gauteng High Court will on Monday morning grant an order gagging UDM leader Bantu Holomisa from continuing to allege that a major BEE ...
Politics
3 years ago

Mashatile: Private equity to save SOEs

The ANC says it wants the government to convert some of Eskom's loans into equity in a bid to reduce the power utility's overwhelming debt.
Business Times
3 years ago