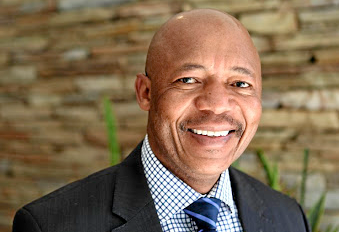 Staff members at the Public Investment Corporation have requested that PIC chairman Mondli Gungubele and the board suspend CEO Dan Matjila and CFO Matshepo More before the inquiry begins
Image: SUNDAY TIMES

Employees of the Public Investment Corporation (PIC) say they have knowledge of numerous irregularities and instances of impropriety‚ which they want to expose‚ but that CEO Dan Matjila and CFO Matshepo More need to be suspended so that the staff can testify freely to investigators.

On Thursday‚ both anonymous and former staff members wrote to PIC chairman Mondli Gungubele‚ appealing to him and the rest of the board to suspend the two top executives.

The board holds its regular board meeting on Friday‚ at which it will also decide on how to proceed with the two investigations — an independent inquiry and a forensic inquiry — announced by Finance Minister Nhlanhla Nene. A key decision will be whether to suspend implicated individuals while the investigations are under way.

Treasury spokesperson‚ Jabulani Sikhakhane‚ said on Thursday that this decision was for the board to make as Nene did not have the authority to do so.

Minister of finance Nhlanhla Nene has announced an investigation into the Public Investment Corporation (PIC)‚ which invests R2-trillion of mostly ...
Business Times
4 years ago

In their letter‚ the PIC employees say they have been privy to much impropriety but have not before had the protection to speak out. The investigations provide a “new dawn” to do so.

“The board will understand that we‚ as employees‚ are at an operational level. We are involved from the inception of transactions up to the final approval. We are exposed to irregularities and impropriety that the board or even the minister would not be exposed to.

“We are aware when a deal is urgently executed based on an instruction from an executive director. We are aware when a sponsor approaches the PIC through an executive director. We also have information of when an unknown/unrelated party to a transaction sponsor is introduced by a PIC executive to a deal‚ when it’s already been submitted to the PIC and they are instructed to work with them.

Finance minister Nhlanhla Nene will make an announcement on the fate of Dan Matjila‚ embattled CEO of the Public Investment Corporation (PIC)‚ before ...
Business Times
4 years ago

"We are also aware of investee companies who have also been instructed by executives to do some favours. There is a litany of irregularities in relation to human resources processes‚” the letter says.

In the months following the corruption allegations against Matjila in September 2017‚ several staff members have been dismissed or suspended. In some cases‚ the employees were dismissed due to a witch-hunt by Matjila to track down the “whistle-blower”‚ whose allegations included that Matjila had funded a business connected to an alleged girlfriend and called in favours for her from companies that the PIC had funded.

“We therefore request that before the board implements the minister’s directive‚ it places the CEO and CFO on suspension. This will allow the forensic inquiry to be independent‚ free from influence by implicated parties and we‚ as employees‚ can provide relevant information without any threat to our careers and futures‚” the letter states.

The North Gauteng High Court will on Monday morning grant an order gagging UDM leader Bantu Holomisa from continuing to allege that a major BEE ...
Politics
4 years ago

The Democratic Alliance has called for the police investigation into VBS executives and Vele Bank for alleged corruption to be expanded to include ...
Politics
4 years ago

Another head has rolled at the Public Investment Corporation (PIC) as a result of the VBS scandal, this time that of the executive head for legal ...
Business Times
4 years ago