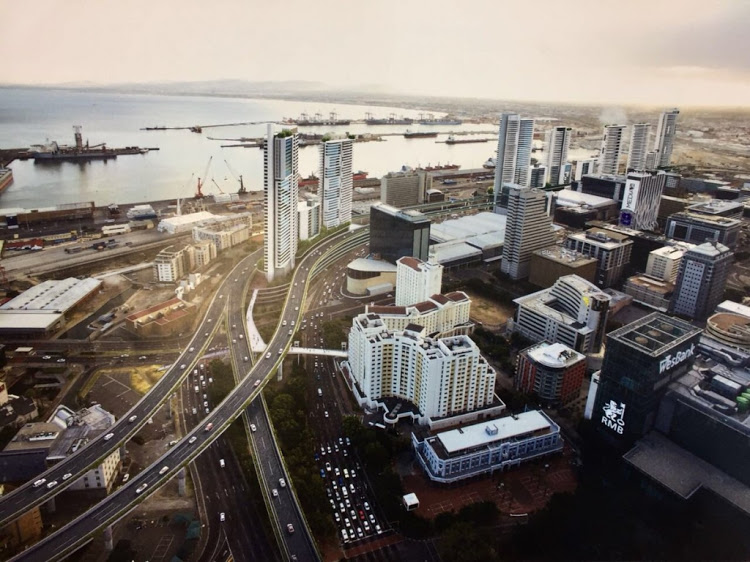 The architect of the scrapped multibillion-rand plan to develop Cape Town city centre’s Foreshore says he is baffled by the city council decision to go back to the drawing board.

Robert Silke‚ who designed the winning bid submitted by Mitchell du Plessis Associates‚ said the July announcement by city manager Lungelo Mbandazayo that two years of work would be scrapped had set back the process of “completing our broken city ... by years‚ if not decades”.

Silke’s design was an attempt to sort out “Solly’s Folly” — the Foreshore freeways proposed by city engineer Solly Morris but left unfinished in the 1970s when the money ran out.

Foreshore? For sure! De Lille says massive Cape Town project is on again

A week after Cape Town scrapped plans to develop the Foreshore‚ a team of city council officials has been assembled to get the multi-billion rand ...
News
3 years ago

Writing in the Daily Maverick‚ the architect said it was “bewildering” that the project had collapsed on the strength of a procedural appeal by one of the five rival bidders who made it to the shortlist.

This had happened‚ he said‚ on the “astonishing basis” that the city council’s request for proposals in July 2016 was too vague.

Mayor Patricia de Lille has pledged that a new request for proposals will be issued‚ but Silke said: “Market conditions have changed and the city’s procurement methods are discredited.

“The bidding teams are out of pocket for tens of millions of rand‚ and there is no guarantee that the same bidders will have the appetite to bet another R10-million on the city’s teetering tender processes.”

Cape Town has scrapped its multi-billion rand plan to revitalise the Foreshore and resolve the problem of the city centre’s unfinished freeways.
News
3 years ago

In his Daily Maverick article‚ as well as explaining why he believed his design was the best solution‚ Silke said Capetonians should be “deeply troubled” by what had happened. “The city has scuppered a catalytic project that would reignite the local economy and create jobs‚” he said.

“We know ours to be the only proposal that can complete the freeways and improve their capacity without shutting down the city for weeks‚ months or years.

“To this end‚ we assembled a team of veteran transport‚ traffic and roads engineers with intimate history and knowledge of the past‚ present and future of the Cape Town highway system. The team represents an ephemeral and precious commodity that cannot easily be reconstituted and should not be taken for granted.”

It was an opportunity to “make history”, according to Cape Town’s mayoral committee member for transport and urban development, Brett Herron.
News
3 years ago

Plans for the R8-billion development of Cape Town’s Foreshore have been slammed by experts‚ who say they violate the city’s own transport policy.
Business Times
4 years ago

Foreshore's fate will be known in February after months of controversy

The developer that will transform Cape Town’s Foreshore — and its notorious unfinished freeways — will be named next month.
News
4 years ago