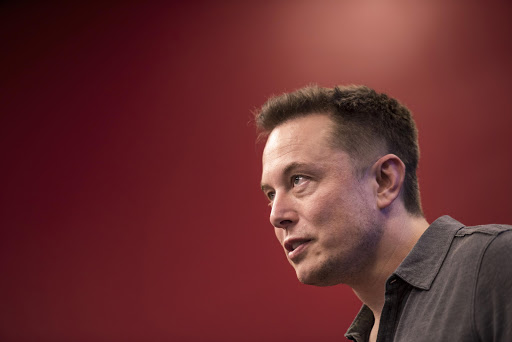 Tesla Inc’s handling of Chief Executive Elon Musk’s proposal to take the carmaker private and its failure to promptly file a formal disclosure has raised governance concerns and sparked questions about how companies use social media.

Musk stunned investors last Tuesday by announcing on Twitter that he was considering taking Tesla private in a potential $72 billion transaction and that “funding” had been “secured.”

Tesla’s shares closed up 11 percent before retrenching after the Wall Street Journal reported that the US Securities and Exchange Commission (SEC) had asked Tesla why Musk announced his plans on Twitter and whether his statement was truthful.

Musk provided no details of his funding and as of Thursday Tesla’s board had not received a financing plan from Musk, Reuters reported, leaving investors and the broader market clamoring for more information.

Putting aside whether Musk misled anyone, the unorthodox manner in which he announced the news and Tesla’s failure to promptly clarify the situation with a regulatory filing is a corporate governance lapse that raises questions about how companies use social media to release market-moving news, securities lawyers said.

Tesla's board is forging ahead with its review of Elon Musk's bold and ambiguous gambit to take the electric-vehicle maker private.
Business Times
3 years ago

While several securities lawyers said Musk’s tweets alone did not trigger this obligation, such a filing would be prudent given the unusual circumstances, David Axelrod, a partner at law firm Ballard Spahr LLP, said.

“An 8-K would provide some more details, it would say what stage negotiations are in, and provide more information than 53 characters in a tweet,” he added.

SEC guidelines published in 2013 allow companies and their executives to use social media to distribute material information, provided investors have been alerted that this is a possibility. Tesla did this in a 2013 filing.

But such disclosures have to be full and fair, meaning the information is complete and accessible by all investors at the same time, a bar that Musk’s tweets may not have met.

“Twitter is not designed to provide full and fair disclosure. That doesn’t mean that you couldn’t, but in a series of 20 to 30 characters I’m not sure you’re getting full disclosure,” said Zachary Fallon, a former SEC attorney and principal at law firm Blakemore Fallon.

Tesla and the SEC did not reply to requests for comment on Sunday.

Securities lawyers said there was also a question mark over whether Musk selectively disclosed information on the possible terms of the deal when he subsequently replied to followers, two of whom claim in their handles to be investors.

Those tweets were not immediately visible to all followers of Musk’s main feed until he retweeted them.

The 47-year-old billionaire’ s history of joking about Tesla and using twitter to bait his critics, also appears to have undermined trust in Musk’s feed as a reliable source of company information, with many investors initially believing Tuesday’s tweet was a prank.

“Musk’s irreverence and showmanship is part of the Tesla brand, I get that, but I don’t think the securities laws do,” said Fallon.

Musk calls out his enemies with 'Hitler meme' tweet

Ground control to Musk: you're freaking us out