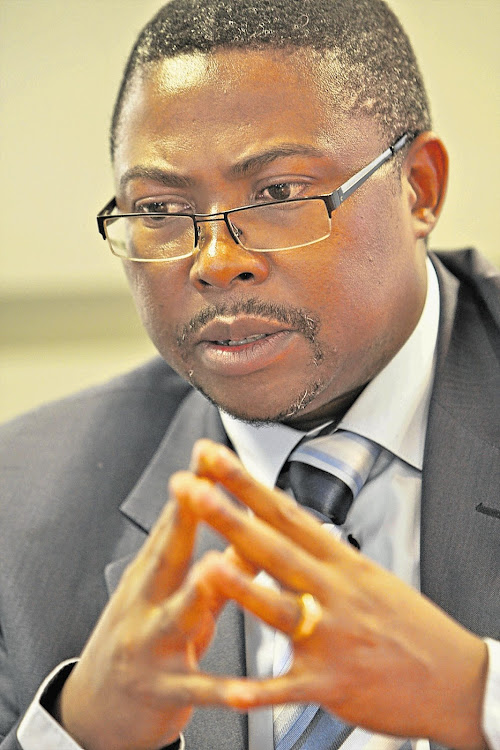 Transnet's board has issued notices to CEO Siyabonga Gama and two other senior officials‚ asking them to explain why they should not be suspended.

In a statement‚ Transnet's board said it was acting on legal advice over Gama‚ chief procurement officer Thamsanqa Jiyane and supply chain manager Lindiwe Mdletshe.

Reports from three companies "revealed various acts of possible misconduct against the three employees"‚ it stated‚ such as possible contraventions of the constitution‚ the Public Finance Management Act‚ internal procurement policies‚ the Companies Act‚ improper changing of evaluation criteria and failure to comply with government policy on local content requirements.

"These reports recommended further investigations to be conducted."

In its statement‚ the board also noted the allegation that Gama wrongfully obtained his MBA with the help of a service provider to Transnet.

This was rejected by Transnet on August 6‚ which issued a statement saying the assertions that McKinsey assisted Gama with his thesis were malicious gossip.

Any insinuation that McKinsey or Mr Sagar provided research input into their capstone project is designed to mislead and impugn the integrity of Mr Gama and his cohorts who provided the material. The editor who had been referred to them was credited.

The board stated this week: "In view of the seriousness of the alleged transgressions‚ the Transnet Board is concerned that the continued presence of the three employees‚ given their seniority and influence might interfere with and jeopardise the investigation.

"The Transnet Board has given the three employees until the close of business on Monday the 20th of August to make written submissions on why they should not be suspended."

Transnet squandered billions of rand and broke a raft of regulations when it altered the terms of a deal to buy 1,064 new locomotives, a ...
Business Times
4 years ago

Transnet and two pension funds have 20 court days within which to file a plea in answer to the class action claim by about 60‚000 Transnet pensioners.
Business Times
4 years ago