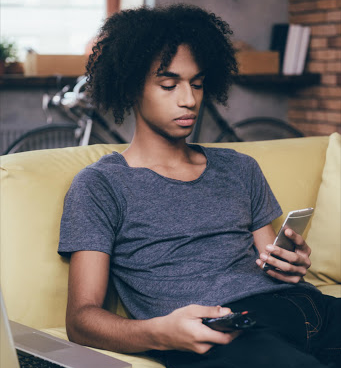 App-based video-game revenue has exploded, driven by the increasing proliferation of smartphones.

This is according to PwC's "entertainment and media outlook: 2018-2022: An African perspective" report‚ released on Wednesday.

Music is also "up for a healthy future" after several years of depressed growth‚ the report states‚ with the streaming revolution having had positive implications for TV and video.

Honing in on the video games market‚ the report states: "App-based social/casual revenue has exploded - in 2013 it accounted for 17% of total video games revenue‚ and 46% in 2017‚ with the forecast for 2022 being 70%. This has been driven by the increasing proliferation of smartphones‚ providing an accessible and affordable route into the gaming market for millions of consumers."

Female esports Trojan horse to get women into gaming

Blood and guts - the Trojan horse local esports organisers are using to get more women involved in gaming.
News
3 years ago

Developers too have become more skilled at implementing "freemium" mechanics - offering a zero-cost point of entry‚ but luring regular micro-transactions from an increasing proportion of their users‚ PwC notes.

With the boost further given by the "wildly popular‚ battle royale-type games" reaching cellphones - Fortnite Battle Royale has already launched on iOS‚ and soon Android will follow suit - and the increased graphical capabilities afforded by ever more sophisticated phones and faster broadband speeds‚ PwC believes "this transformation of millions of consumers into 'gamers'‚ is set to deliver growth far above the consumer average".

The related area of virtual reality (VR) is also expected to provide a boost: "Although‚ with the install base of VR headsets currently still low‚ VR companies are focusing on services for businesses to forge a profit. As developers gradually master the medium’s potential‚ its revenue is likely to rapidly start building critical mass. The exceptional compound annual growth rate of 55% currently comes off a low base‚ but reflects the excitement in this space."

WATCH | HD movies in seconds: 5 facts you should know about 5G

5G is the next generation of mobile connectivity that will change the way we use the internet for the better. Here are five facts you should know ...
News
3 years ago