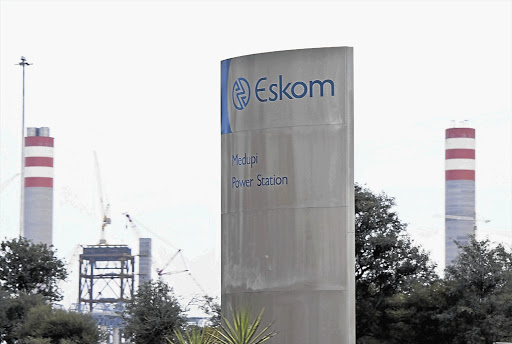 Eskom has placed its senior general manager of assurance and forensics‚ Molefi Nkhabu‚ on a precautionary suspension pending an investigation.

In a statement on Thursday afternoon‚ the utility said it would look into circumstances surrounding internal audit investigation reports relating to transactions that Nkhabu‚ the chief audit executive‚ signed off.

At its annual results presentation in July‚ Eskom announced it had found R19.6bn in irregular expenditure when it looked back on its books over the past six years.

Nkhabu’s is the latest in a string of Eskom executive suspensions this year‚ including former CFO Anoj Singh and former head of generation Matshela Koko‚ who eventually resigned from the utility.

“The Eskom executive management‚ whilst espousing the principle of the presumption of innocence‚ due to the seniority of Mr Nkhabu and the seriousness of the allegations made against him‚ took a decision that it would be better for him to be suspended until the investigation is finalised‚” Eskom’s statement read.

The embattled Gupta-linked public enterprises director-general Richard Seleke is finally leaving the public service after reaching a settlement on ...
Politics
3 years ago

Eskom 'has been the cornerstone' of SA economy

Eskom has sent out a statement in which the flailing national power supplier calls itself "an organisation that has been the cornerstone" of the SA ...
News
3 years ago

Power utility Eskom said on Monday that it had less than 20 days of coal supplies at 10 of its 15 coal-fired power stations, posing a threat to ...
News
3 years ago