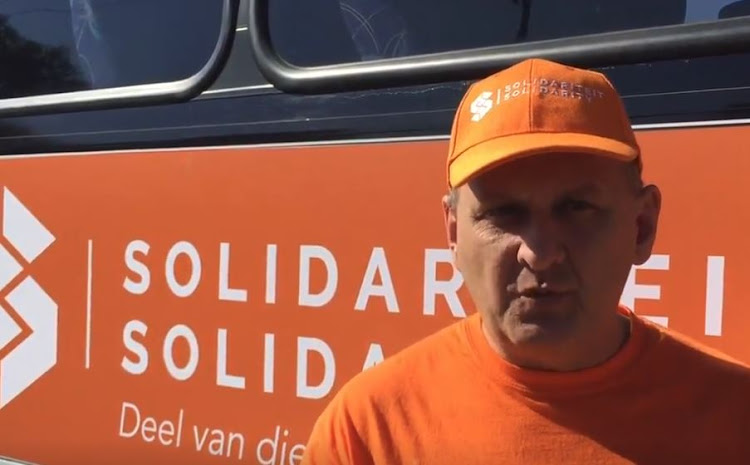 Trade union Solidarity marched to Sasol’s headquarters in Sandton‚ Johannesburg‚ on Thursday morning as it continued to protest against the company’s share scheme‚ which it claims excludes white employees.

Last month‚ the union’s 6‚300 members went on strike at Sasol plants in Secunda and Sasolburg to protest against the company's Khanyisa share scheme‚ which it said unfairly discriminates against white employees.

In the march on Thursday‚ Solidarity members are expected to serve court papers to the Sasol head office and then lodge an application in the labour court. The union will also hand a memorandum to the JSE.

Traffic on the N1 south and in Sandton is expected to be affected as a result of the march.

JHB - #ALERT Sandton: Solidarity Movement will be delivering memorandums to the Johannesburg Stock Exchange and to Sasol’s Head Office - EXPECT DELAYS from 11am pic.twitter.com/FBsLX56Bel

Solidarity said it will ask the labour court to find that the total exclusion of a particular group of employees based on their race amounted to unfair discrimination.

Solidarity CEO Dirk Hermann said its members gave the union a mandate to intensify the action against Sasol‚ which led to the decision to stage the protest march and to go to court.

“It is a pity that we have to go to court about something that so obviously cannot be morally justified‚” said Hermann.

He said this form of racial exclusion also takes place at other companies‚ which is why the union decided to present a memorandum to the JSE as well.

“My message to Sasol today is quite clear: it is abnormal to exclude people on grounds of race‚” Hermann said in a twitter message.

In its explanation for excluding white employees from the second phase of Khanyisa‚ Sasol said the intention of the share scheme was to create meaningful financial benefits for approximately 230‚000 black public shareholders and qualifying employees.