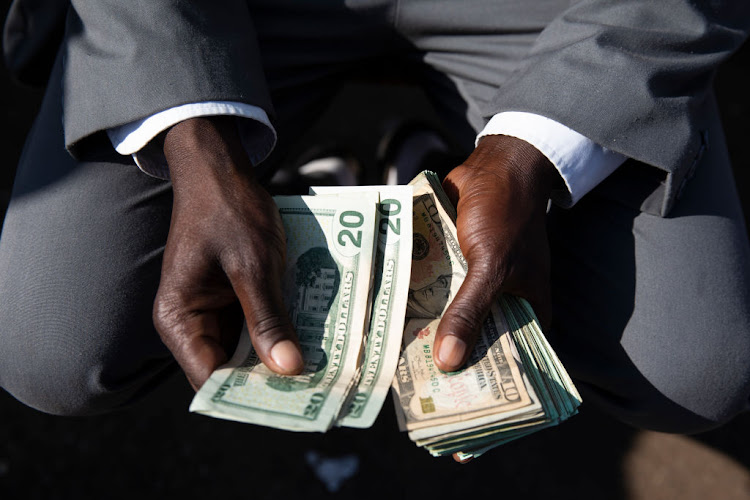 One of Zimbabwe's leading taxpayers, Delta Beverages, will demand payment in foreign currency for its products from Friday, effectively shutting the door on bond notes.

The beverage company, which bottles cooldrinks such as Coca-Cola, Sprite and Fanta alongside beer brands Castle Lager and Castle Lite, says it will accept international currencies pegged to the official US dollar rate.

Delta said it will not recognise bond notes and mobile money as currencies. “The company does not trade on parallel or black market and does not subscribe to any exchange rate between the US dollar and the RTGS [real-time gross settlement] or bond note, as they are not currencies,” said the company in a statement.

Some major companies from various sectors in Zimbabwe have started winding up operations in their loss-making divisions as the foreign currency ...
News
3 years ago

Since the country's forex shortages started in 2018, the Reserve Bank of Zimbabwe (RBZ) entered an agreement with the beverage company to the effect that the central clearing house would supply the company with $5m monthly.

However, government fell short on its agreement as it also failed to avail hard currencies to critical sectors such as health. As such, Delta shut down its operations in November 2018.

“Our business has been adversely affected by the prevailing shortages of foreign currency. In order to sustain in operations, the company advises the retail and wholesalers' outlets that its products will be charged in hard currency with effect from Friday January 4,” said the company.

Since 2009, Delta has invested $600m in plants and equipment. The company feels charging in hard currencies will not only protect its investment but help to pay its foreign suppliers.

Ordering a Coke in Harare is a challenge because fast-food outlets, restaurants and eateries have run out of stock
Business Times
3 years ago

Pub and nightclub operators, the major customers of beverage suppliers, say they will also stop accepting bond notes because they will be sourcing their products in hard currency.

“There’s no other option. We just have to also reject bond notes. If we source the beer and soft drinks in forex, that would also mean we have to pay our staff in forex too. But that will all depend on how good business turns out to be,” said a nightclub owner.

The switch to forex charges by major companies makes it difficult for Zimbabwe's government to reject striking doctors’ demands to be paid in hard currency.

“If everyone demands payment in hard currency when we are earning bond notes, it simply implies that we are working for nothing or we are foreigners in our own country, because we will have to buy hard currencies to buy basics such as Coca-Cola,” said a doctor.

Poor planning by the Zimbabwe government has resulted in the country facing dwindling fuel supplies.
News
3 years ago

Bid to replace striking doctors hits a wall in Zimbabwe

Government attempts to hire recently qualified doctors to replace striking medical professionals hit a wall as the graduates snubbed the offer in ...
News
3 years ago

The Zimbabwean government has with immediate effect removed a ban on imports of basic commodities as Zimbabweans battle with acute shortages which ...
News
3 years ago

A shortage of cough mixtures and other medicines deemed “not important” is looming in Zimbabwe with pharmaceutical companies coming up with a ...
News
3 years ago