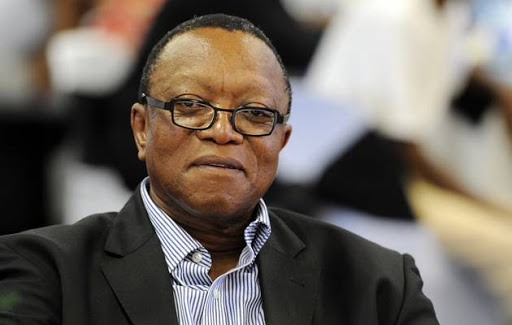 State-owned freight and rail company Transnet has recovered more than half of the  R1.3bn it lost through dubious dealings and malfeasance, and is in the process of recovering more through lawsuits against former officials such as Siyabonga Gama and Brian Molefe.

Transnet board chair Popo Molefe said on Thursday that civil action was proceeding and papers had been served on those responsible.

He said this would include the money given to transactional advisers such as Trillian and Regiments Capital.

So far R618m of the R700m prepayment made for the maintenance of locomotives had been recovered, and Transnet was still negotiating to recover the VAT paid.

Transnet and other state-owned entities were used for looting as part of state capture. Several investigative reports have found that anomalies in procurement processes followed when General Electric (GE), Bombardier, China North Rail (CNR) and China South Rail (CSR) were awarded contracts for the acquisition of locomotives worth R54bn.

Dramatic footage of cash being counted in the vault of Bosasa boss Gavin Watson was shown at the commission of inquiry investigating state capture on ...
Politics
3 years ago

Three revelations from Angelo Agrizzi's testimony at the Zondo Commission.
Politics
3 years ago

Not all the locomotives have been delivered to Transnet, as was meant to be done by December 2017.

Popo Molefe said GE had handed over all the locomotives it had promised, while CSR had only provided 208 of the 359 it was meant to deliver. Bombadier had handed over 25 of the 350 it promised and CNR 21 of the 233 it should have delivered.

Transnet would be engaging with these companies on  the failure to meet the delivery schedule and what the penalties would be.

The Transnet board, which was appointed in 2018, has taken action against the malfeasance in the parastatal, dismissing Gama as CEO, suspending senior executives and issuing summonses to recover the money lost.

Popo Molefe said the disciplinary proceedings against suspended officials were expected to get under way next week.

Transnet is in the process of reviewing all contracts at the company, which included the procurement of 1,064 locomotives. The company's acting CFO, Mohammed Mahomedy, said the entity was spending a significant a amount of time going through thousands of contracts it had entered to in recent years.

In 2018, Transnet reported R8.1bn in irregular expenditure but Mahomedy said that the amount could be significantly higher. However, despite all this, Transnet was able to generate 3.5% growth in cash generated from operations.

Mahomedy said the R26.8bn cash generation was sufficient for the company to service its debt.

“What is also key is, we have sufficient lines of credit secured in the recent months … Transnet is confident it will meet obligations and commitments,” he said.

Molefe said when the new board took over the company was “nothing short of a horror movie”. He accused those who were appointed to positions at the state-owned entity of only being there to loot, and dubbed them “professional thieves”.

Gama’s employment contract with Transnet was terminated in September 2018. He tried to fight his axing in the Labour Court but lost. Tau Morwe has been acting as group CEO since November.

On appointing a permanent group CEO, Popo Molefe said that it would be discussed at a board meeting at the end of January but that the appointment would not happen anytime soon.

“We have to stabilise the organisation and make sure we have people who are committed to leading and brave enough to do that job,” he said.

“We don’t want to bring a new CEO when there is a sordid team around the CEO, so we want to clean up first.”

Popo Molefe said Morwe was originally going to stay on for six months, but that that would now be extended.