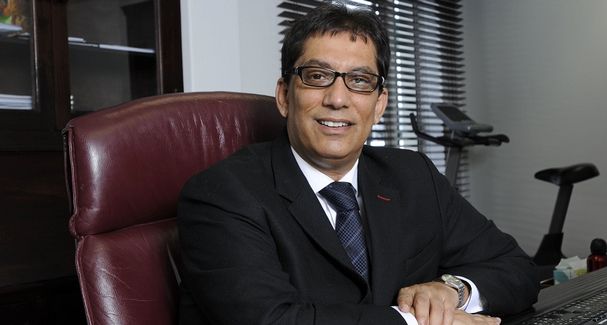 In a dramatic announcement at the start of the second day of the inquiry into the Public Investment Corporation (PIC), evidence leader advocate Jannie Lubbe announced that the executive for listed investments had been suspended with immediate effect overnight.

“I have been informed that Fidelis Madavo was suspended with immediate effect by the PIC last night in relation to the Ayo transaction,” Lubbe said on Tuesday.

The PIC subsequently released a statement that assistant portfolio manager Victor Seanie was suspended along with Madavo.

“A preliminary investigation report was submitted to the board on January 21. The preliminary report clearly reflects a blatant flouting of governance and approval processes of the PIC. Employees of the PIC have also been implicated in these irregularities,” the PIC said in its statement.

The investment in Iqbal Survé’s Ayo Technologies by the PIC was  a controversial transaction for a number of reasons. The PIC invested R4.3bn in Ayo at the time of its listing on the JSE for just a 29% stake.

The PIC was the only external party to invest funds in the private placement, and rumours circulated that no substantive due diligence was done by the state-owned asset manager on the investment.

Some analysts at the time also questioned how the PIC could justify the valuation for a business that had a net asset value of just a few cents per share.

Survé is the executive chair of Independent Media and chair of the Sekunjalo Group.

Madavo was present at the inquiry on Tuesday and has agreed to testify under oath to the commission.

"As head of the division, I was responsible for the Ayo transaction. I have been barred from talking to PIC employees while the investigation is ongoing. As head of listed investments, I signed the letter approving the Ayo Transaction. I was overseas at the time the investment was made, so I was not directly involved in the transaction.”

Madavo said the investment committee that vetted the Ayo transaction was chaired by then PIC CEO Dan Matjila.

Matjila tendered his resignation to the board late in 2018.

A clearly unhappy Lubbe asked the commission to consider bringing the chair of the board — deputy finance minister Mondli Gugunbele — before the inquiry to explain what was going on.

“I find it strange and alarming that the PIC board is running a parallel investigation in tandem with the scope of this inquiry. It is totally improper. I would propose that the inquiry consider calling the chair of the board to come and explain what has happened.”