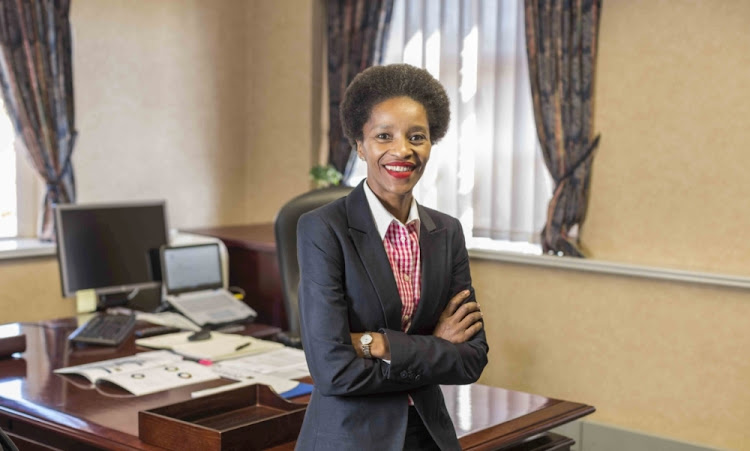 Eskom Pension and Provident Fund's CE, Nopasika Lila, will leave the company after exactly a year in the position.
Image: eppf.co.za

"Lila has indicated that after thorough introspection she took a personal decision to move on," EPPF board of trustees chair Mantuka Maisela said on Tuesday.

Lila joined the fund in December 2010 as chief financial officer.

"Lila has served the organisation and our members with professionalism and diligence. Lila became EPPF chief executive and principal on April 1 last year and her last day at the office will be on March 31," said Maisela.

According to the EPPF’s website, Lila is an independent nonexecutive director of enX Group and Nampak. She previously worked at, among others, Old Mutual and the Public Investment Corporation.

"Apart from being an effective communicator and trainer, she speaks and writes Mandarin with relative ease.”

Eskom CEO Phakamani Hadebe on January 14 made a desperate plea for higher Eskom tariffs over the next three years and for more money from the government. The power utility cannot service its R419bn debt from revenue.

The ANC said in its election manifesto launched this month that it was committed to "investigate the introduction of prescribed assets on financial institutions' funds to unlock resources for investments in social and economic development".

This could mean forcing pension funds to invest in state projects and state-owned enterprises such as Eskom.

Futuregrowth Asset Management’s chief information officer Andrew Canter told Times Select this month: "Eskom is currently a financially unsustainable enterprise. If a company is unsustainable it should not be able to raise money. But there is a whole range of perfectly creditworthy SOEs which we lend to."

Despite putting at least ten senior executives under the axe in a bid to trim employees and minimise its bloated top management, Eskom has appointed ...
News
3 years ago

Sy Gourrah, general manager of Actom Power Systems, has confirmed that she has resigned from the sustainability task team
Business Times
3 years ago