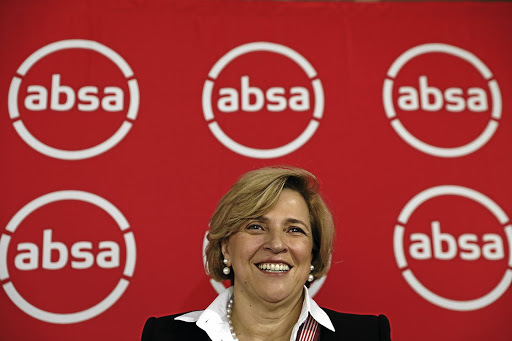 Former director-general of the National Treasury turned banker Maria Ramos will retire from the Absa Group  and its banking subsidiary at the end of February 2019, the company announced on Tuesday.

Ramos has been group chief executive for 10 years.

The banking firms' boards thanked her for leading it through significant milestones, including the aftermath of the global financial crisis and acquiring the Barclays Africa subsidiary banks in 2013.

The battle among South African banks over clients has intensified and at least part of the fight is being fought on the digital front.
Business Times
3 years ago

"She had indicated a desire to step down earlier, but agreed to see the group through the separation negotiations with Barclays plc, the ensuing sell-down and key separation milestones," the boards said in a statement. "With the separation on track and our new strategy as a standalone financial institution in place, Maria feels that this is the right time to retire."

The boards have appointed René van Wyk as the Absa Group and Absa Bank interim chief executive. His career includes a stint as the registrar of banks at the Reserve Bank and 19 years with Nedbank, including as executive director of risk for the then-listed Nedcor Investment Bank. He was also chief executive officer of Imperial Bank.

A report released in August 2018 by talent search firm Jack Hammer showed that in SA's top 40 companies, there was only one female CEO – Maria Ramos at Absa.

Absa Group chairperson Wendy Lucas-Bull paid tribute to Ramos for helping guide Absa's expansion from a South African bank to a pan-African financial services provider with a footprint in 10 countries across Africa.

Ramos thanked the team for their support during her tenure.

"It had never been my intention to stay this long, as I have always believed that a CEO's tenure should allow for a regular refresh. My earlier intentions to step down were curtailed by Barclays PLC’s 2016 decision to sell down their controlling stake, a unique set of circumstances that required continuity. So with my coming 60th birthday, I have made the decision to leave the position open for a new chief executive to lead the group on the next leg of its exciting journey."

Ramos‚ the partner of former finance minister Trevor Manuel‚ is also a member of the Group of 30‚ a select body of economists.

The number of female leaders at SA’s top companies remains exactly the same as it was in 2015‚ and has even dropped since 2012‚ new research shows.
Business Times
3 years ago

Barclays Africa to reinvent itself — as new Absa