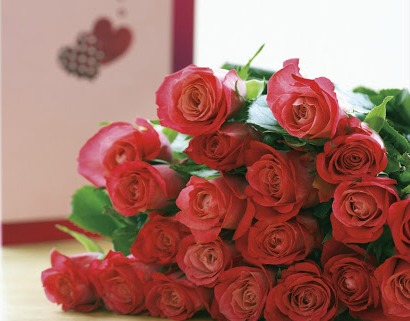 While some may snub this lovers’ day as a cheesy celebration, Mastercard has confirmed that South Africans are willing to dig deep into their pockets to spoil their significant other on Valentine’s Day.

And no, they aren’t just buying roses, teddy bears, chocolates or red and white mugs decorated with hearts. Many are swiping for dining-out experiences and travel.

Mastercard said it noted this on an index which monitored how its clients used their credit and debit cards in the three days leading up to Valentine’s Day.

“[It found] that sentimental spending in South Africa has grown by 66% since 2016 – well above the global average of three percent – with the majority (30%) of Valentine’s purchases made on 11 February,” Mastercard said in a statement.

Many Mastercard holders were not going for the quiet home-cooked dinner date for two these days, but were swiping away at restaurants on Valentine’s Day, the index revealed, adding that dinner dates remained the most popular way to mark the day.

Eighty percent of the total transactions made in 2018 around February 14 were at eateries, Mastercard said.

There is some reprieve for South Africans on Valentine’s Day as Eskom implements stage 2 load-shedding from 8am to 11pm.
News
3 years ago

But those with even deeper pockets took it a step further.

According to Mastercard, the number of holidays being booked around this time shot up by more than 161% , with travel costs accounting for 25% of the transactions made around this time of the year.

Hotels also cashed in, accounting for 40% of the total spend around this period.

And as the ways to express love have become more luxurious over the years, traditional ways of expressing it are seemingly being left behind.

“While plumping for traditional gifts like flowers saw a 24 percent increase in the number of transactions versus 2016, this category accounted for a mere one percent of the total transactions. Spending on jewellery in 2018 declined 43 percent since 2016,”  Mastercard said.

Commenting on this, its division president in southern Africa, Mark Elliot, said: “Our data also highlights the move towards the ‘experience economy’, where consumers are choosing to create lasting experiences and happy memories rather than purchasing material gifts.”

Despite online shopping being on the rise, Mastercard found that many transactions around this time were still made in person.

Broken-hearted this Valentine's Day? Rule No 1: Don't call your ex!

You may be tempted to contact an ex this Valentine's Day. Don’t make that call.
News
3 years ago

6 simple dessert recipes that will bowl over your Valentine

These sweet treats will help you win Valentine's Day, and there are even vegan and gluten-free options for the health-conscious lover
Lifestyle
3 years ago

Is a second-hand ring for Valentine's Day a smart move - or just cheap?

When so many South Africans are struggling with money, should we change our attitude about the way purchase symbols of love?
Lifestyle
3 years ago