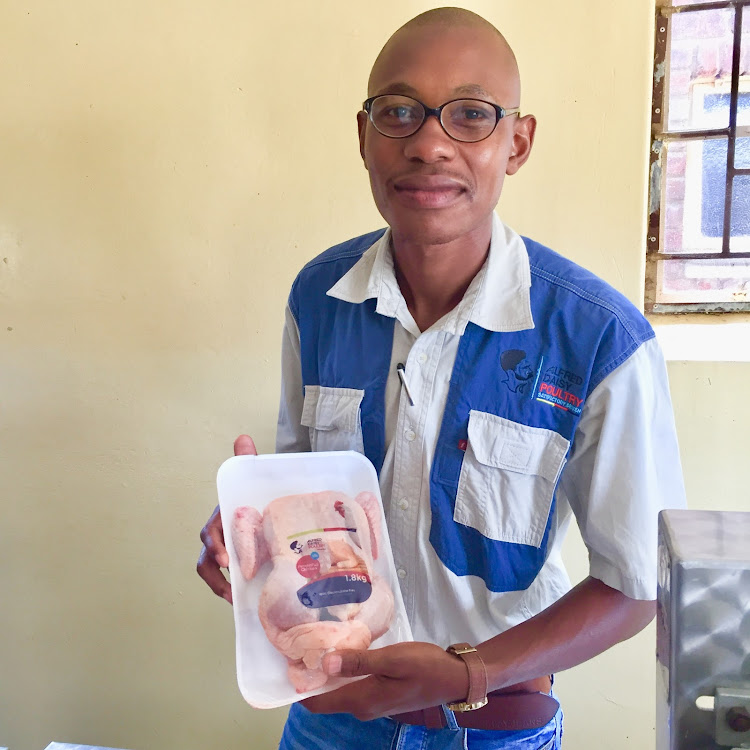 The founder of Alfred Daisy Poultry, Siyabonga Mhlabane, with one of his products.
Image: SUPPLIED

At the tender age of 10, Siyabonga Mhlabane was forced to take care of his mother’s chickens. Now 26, the North West University graduate owns his own poultry company.

The Alfred Daisy Poultry firm, named after his mother and late father, produces, processes, packages and distributes chickens and by-products like chicken feet and livers.

Mhlabane’s mother, Daisy, worked as an educator for adults in the evenings and looked after the chickens during the day.

“She would wait for me to return from school so I could look after the chickens. I am a soccer person and I had to abandon it at the time because I knew it was our way to survive,” he said.

Daisy bought day-old hens which she raised until they were market-ready at 35 days old. She would sell them with the assistance of her son and other young people in the community, according to Mhlabane.

“It was not a formal business. It was a hand-to-mouth arrangement that helped put food on the table, which I eventually fell in love with,” he said.

Daisy’s business collapsed after the death of her husband in 2015, forcing her to find permanent employment. However, this did not stop Mhlabane from pursuing farming.

His love for farming is what prompted him to study agriculture in high school and later he enrolled for a Diploma in Animal Science at the University of North West. After completing the course, Mhlabane said he was advised by his lecturer to enrol for a Bachelor of Agricultural Economics to learn the business side of animal farming. He graduated in 2015.

“As I was studying, I already knew what I wanted to do. I had the idea, vision and some experience, all I needed was money, but I registered a company nonetheless,” he said.

Like many other entrepreneurs, finding capital and a venue were the most overwhelming tasks.

“A lot of people were not convinced by my idea and vision,” he said, and, as a result, he decided to further his education. Three months into his studies, Mhlabane found a farm to rent and was able to convince his mother to lend him R7,000 start-up capital in April 2018.

“I basically split it into two – to buy stock and re-service the farm,” he said. Like his mother, he bought day-old hens and raised them until they are ready for market. In a month, the company supplied almost 200 chickens.

“I kept on applying for funding to grow the business because I did not want to do business the traditional way. I wanted to process, package and produce all on my own,” he said. Months later, he received R50,000 in funding from the National Youth Development Agency (NYDA).

Reflecting on his social life with friends at varsity, Mhlabane said they argued a lot about their future plans.

“I just could not understand why they had a desire for working for big companies when we are equipped with all the necessary skills to start our businesses, employ people and grow them over time,” he said.

Employing, empowering more people and building an international brand are some of his main goals.

“It has not been easy, there are a number of challenges, but I am determined to make it big. If there is one thing I have realised it is that, in this business, there is no time to sleep,” he added. 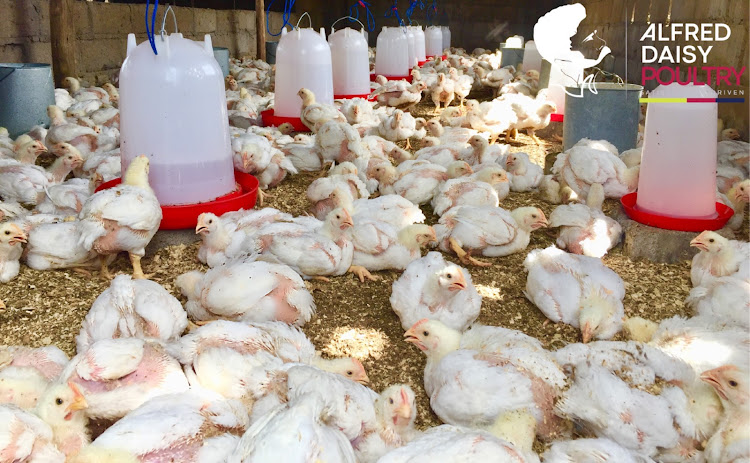 It has not been easy for Siyabonga Mhlabane, but he is determined to grow his business locally and internationally.

Don’t believe the hype: most graduates do find jobs

Even as the Class of 2018 sat down for their terminal examinations, more than a few homegrown economists took to the airwaves — graduates face a ...
Ideas
2 years ago

More young South African working professionals are willing to relocate for work compared to their contemporaries around the rest of the world but, ...
Business
2 years ago