South Africans are set to cough up even more for tobacco and alcohol, following yet another increase on sin taxes announced by finance minister Tito Mboweni on Wednesday.

If you're feeling the pinch, one option to save money would be to swap your favourite tipple of whiskey or sparkling wine for sorghum beer, which will not be affected by the new increases in excise duty or sin tax.

According to the Treasury's 2019 Budget Review document, the government proposes to increase excise duties on tobacco products by between 7.4% and 9%. 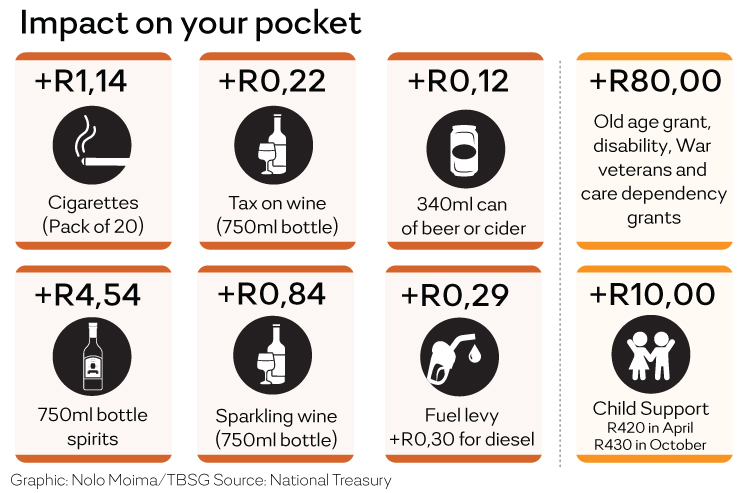 “Cigarette makers appear to have absorbed most of the increases last year rather than increasing prices. As a result, the excise burden for cigarettes is likely to remain slightly above the target level," said the Treasury.

The cost of alcohol and smokes is not the only thing going up.

Social grants recipients will have something to smile about when government increases – albeit not by much – the grants that provide relief to millions of poor households.

Mboweni announced that the child support grant will increase by R10 to R420 in April and to R430 in October.

From tough talk on saving Eskom and Sars, to increases on tax on alcohol and cigarettes - we take a look at which aspects of Finance Minister Tito Mboweni’s 2019 budget will hit close to home.

Over the same period, the number of beneficiaries is expected to increase from 17.9-million to 18.6-million. By 2021/22, the old age grant will reach 4-million beneficiaries, according to the Treasury document.

It shows that the child support grant will reach an estimated 13.1-million beneficiaries by 2021/22.

However, in 2019/20 and 2020/21, funding is set to decrease by R500m each year due to legislative delays in implementing the cabinet-approved extended child support grant for orphans who have lost both parents. 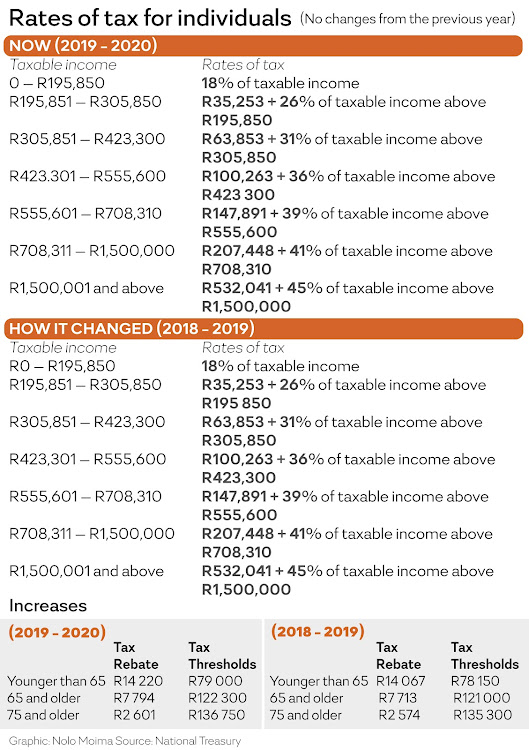