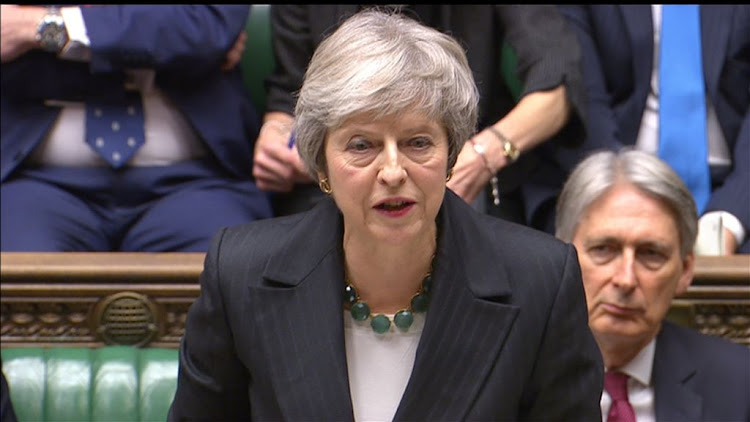 Britain's prime minister Theresa May soldiers on in the House of Commons over Brexit. File photo.
Image: Parbul TV/Handout via Reuters TV

The rand was marginally weaker on Wednesday morning, with few major catalysts to give the market direction.

Much focus is on the UK, where Parliament will receive an update on prime minister Theresa May’s progress in Brexit negotiations. There may be votes on alternative approaches or amendments, but a vote on whether to reject her deal in its entirety is not expected to take place.

May has promised to bring her deal back for approval by parliament by March 12.

US Federal Reserve chair Jerome Powell's testimony before Congress continues on Wednesday, but Powell has failed to deliver any significant surprises.

The rand is likely to be range-bound on Wednesday, with the dollar expected to determine its movements, said TreasuryOne senior dealer Andre Botha.

There could be movements in the greenback should details of the US-North Korea summit emerge, he said.

US president Donald Trump is meeting North Korean leader Kim Jong-un in Vietnam, and may sign a deal covering denuclearisation and economic co-operation.

South African companies operating in Zimbabwe are anxious about the impact of the real time gross settlement (RTGS) dollar, the currency unveiled ...
News
3 years ago

Three British cabinet ministers have publicly indicated they will back plans to delay Brexit if lawmakers vote down Prime Minister Theresa May's plan ...
News
3 years ago