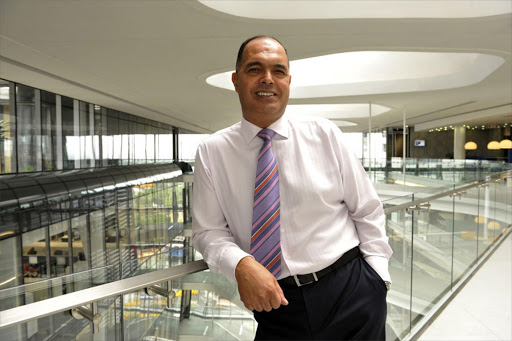 When Edward Kieswetter assumes his new role as commissioner of the South African Revenue Service (Sars) on May 1, his immediate challenge will be to improve tax compliance and revenues and to restore public trust in the agency, which has been rocked by corruption and mismanagement that led to President Cyril Ramaphosa firing the previous commissioner, Tom Moyane, late last year.

Tomorrow, acting commissioner Mark Kingon will present the preliminary tax revenue collection results for the 2018/2019 year. Sars is then expected to report a shortfall. The National Treasury estimated in the 2019 Budget Review that the revenue shortfall would be R48.2bn for 2018/2019.

Economic weakness has reduced personal income tax and corporate income tax receipts in the past year, but administrative weakness in collection was a contributing factor, the Treasury said.

Kieswetter said on Friday that Kingon had already begun to tackle tax compliance by overhauling the large-business centre, which focuses on improving the tax compliance of high net worth individuals and tax evasion by the tobacco, fuel, mining and other sectors.

"To the smaller pool of taxpayers who used this period [of the past four to five years] to slack in their obligations, we will identify them and begin to engage and not hesitate to use the legal instruments available to Sars to enforce compliance," he said.

He also intends for Sars to conduct risk profiles on every single taxpayer and to focus on those who present the highest risk.

"That work will intensify . I'm sure we'll discover some low-hanging fruits in that regard, and my appeal to all South Africans at this stage is to consider their legal obligations but also their moral obligation to pay the taxes that are due. We must hold every citizen to account."

Internally, Kieswetter intends to re-engage staff and to restore trust in management, although he does not plan to immediately implement staff changes.

"You don't walk in and doubt everyone. Obviously there are already certain processes that involve certain individuals that will continue and we will support that. But generally to invite the leadership level to engage and to demonstrate their bona fides. Those who are aligned with the higher purpose and commitment and mandate of Sars I will embrace them and I will work with them.

"But those who prove not to be aligned and have alternative agendas and not fit into the overall value system we want to build and nurture will have to face the consequences. Sars will not be a happy home for them."

In the February budget, the Treasury allocated R1.4bn to fix Sars. Kieswetter declined to comment on how he would prioritise the spending. One urgent priority will be to assess competence and skill levels and to engage high-skilled individuals who have left the organisation in the past few years "because they were either marginalised or ostracised". Kieswetter hopes Sars will regain its reputation as an employer of choice for young people.

He will also focus on improving the intelligence and investigative capacity that will allow the revenue service to identify risks to the tax system.

An urgent priority is resolving a strike by unionised Sars employees - they are demanding an 11.4% salary increase while Sars is offering 7%. Kieswetter said he had confidence that Kingon would resolve the strike.

Takalani Musekwa, the Sars executive for remuneration and benefits, said there were 10,800 staff in the bargaining unit but only about half were on strike on Thursday and Friday. He said contingency measures had been made, such as alternative payment options for traders.

"We don't believe that there will be a significant impact on [tax] revenues. We expect employees will come back to work on Monday. The fact that we've got around the table will be enough for employees."

The principle of no work, no pay would apply, Musekwa said.

Kieswetter said, when asked about allegations by the EFF that he had a business relationship and was related to Trevor Manuel, who was on the panel that selected the new commissioner: "You must read Mr Manuel's response in that regard. I have nothing more to add. The work ahead of me is so daunting, so huge, that I am not going to be distracted."