Rand on track for best week since January 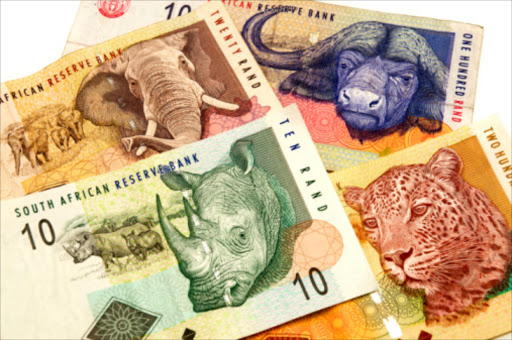 The rand was set to post its best week since the beginning of January on Friday afternoon, after it escaped a widely expected negative review from Moody’s Investors Service.

Global markets have also been favourable, with progress reported in the US-China trade talks, while Chinese data has also beaten expectations.

Gains in the rand on Friday came as a US jobs report showed that wage growth in the world’s biggest economy was weaker than forecast in March, supporting the argument for the US Federal Reserve to refrain from hiking interest rates anytime soon. US employers added 196,000 new jobs, the country's labour department said.

Along with the boost from Moody’s decision last Friday not to issue a review on SA’s debt, which is one rung above junk status, the currency was also supported by Eskom’s assurance that electricity supply disruptions would be limited during the winter months, Rand Merchant Bank analyst Nema Ramkhelawan-Bhana said.

Domestic focus is now expected to shift increasingly to the looming general election on May 8.

“Electioneering is in full swing ahead of the May 8 poll, with political parties vying for votes in a less than ideal macroeconomic environment, characterised by high levels of joblessness and low levels of productivity growth,” Ramkhelawan-Bhana said.

Export vehicle sales showed significant improvement yearon-year for March 2019, but domestic sales continued to decline – largely due to the weakened ...
Motoring
2 years ago

The ANC believes that rating agency Moody's retention of South Africa’s investment grade is a vote of confidence in the ruling party.
Politics
2 years ago