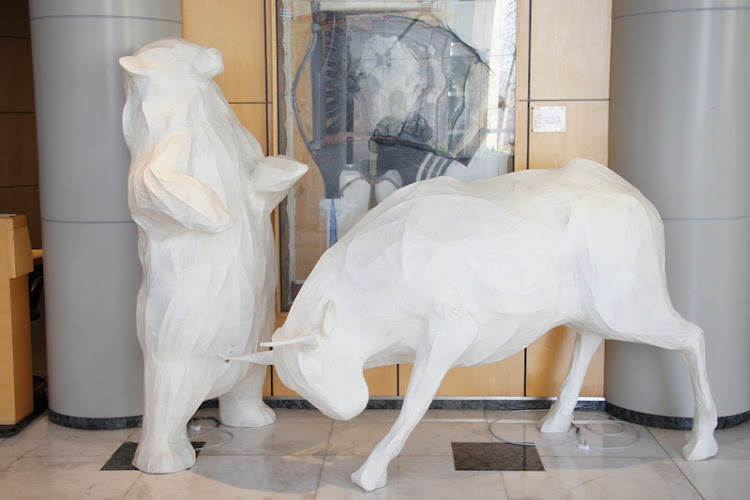 The JSE closed higher on Friday, its fifth consecutive week of gains, with miners once again largely responsible for keeping the the local bourse positive.

Precious metal miners were under pressure, but diversified miners gained, continuing to benefit from a rising oil price. Oil has pushed to a five-month high and has gained steadily this week amid an escalating armed conflict in Libya.

The JSE started Friday little changed, but pushed higher along with global markets after eurozone data came in better than expected. Industrial production in March contracted only 0.2% in that month year-on-year, compared to the market consensus of a decline of 0.6%.

Richemont gained 1.13% to R101.27, but is down 0.88% for the week. On Wednesday, Credit Suisse warned that it believes the company’s share price is overvalued, as the market underestimated the amount of cash needed for its business operations.

EOH added 1.6% to R11.40. Earlier it warned that it expected to swing into a headline loss for the six months to end-January, hit by various impairments of its assets. It is expected to release its results on Thursday, having delayed them in February, citing a need to conduct a strategic review.

Brimstone slipped 2.63% to R9.25. Earlier, it confirmed it was exiting a consortium seeking to acquire Clover, SA’s largest dairy producer. The deal has been criticised by lobby groups due to the participation of an Israeli company.

Local economic news should give direction to retail stocks next week, with both inflation data for March and retail sales numbers for February due on Wednesday. The Trading Economics consensus forecast is for inflation to have accelerated to 4.6% in March from 4.1% in February. Retail sales are expected to slow to an annualised growth rate of 0.5% in February from 1.2% in January.

Global focus is expected to be on the US corporate earnings season, while trade-war issues continue to threaten volatility. The US and China appear to be edging towards a deal, analysts said, but the US is threatening to levy tariffs on $11bn worth of EU goods in retaliation for subsidies to aircraft manufacturer Boeing.

The doors to the Cape Town International Convention Centre were opened on Wednesday morning with the hopes that hundreds of millions of currency ...
News
2 years ago

After Eskom, next crisis will be water

South Africa will have a 17% water deficit by 2030 and unless urgent steps are taken to implement a range of integrated solutions, the country’s next ...
News
2 years ago