How is the price of Bitcoin calculated?

There’s no standard or global Bitcoin price; it depends on supply and demand in each market 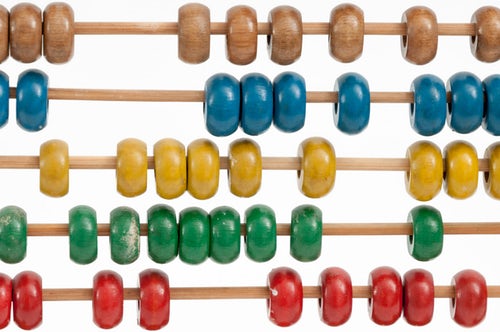 The Bitcoin price is known for changing - but how is it calculated?
Image: Supplied/Luno/Unsplash

The price of Bitcoin is determined by the market in which it trades - by means of supply and demand.

It works no differently than other currencies or objects - the same way the price of your secondhand car, a bag of apples in the supermarket, an ounce of gold or just about everything else is determined.

There’s no standard or global Bitcoin price. Unlike many local currencies, Bitcoin isn’t pegged to anything - meaning it’s not fixed to another currency or asset like gold.

It’s all down to supply and demand. Without a currency peg, Bitcoin prices shift depending on how many people want to buy and sell them, at what price, and in what quantity.

Let’s take a look at a simple example. The price of an orange is based on two things: how much someone is trying to sell it for and how much another person is prepared to pay for it.

If John wants to sell it for R5 and Sarah is only prepared to pay R3, there’s no deal. But if they agree on a price that works for both, let’s say R4, then the transaction will happen.

If it’s winter, there may be an increase in people wanting to buy oranges, so the price will go up. Or if there is a drought, the supply of oranges will be less, which can also drive the price up.

Bitcoin and other currencies are a bit different from oranges in that they’re what’s called homogeneous – one dollar is identical to another dollar, just as one Bitcoin is the same as another. Oranges on the other hand can vary in size and quality. All this means is that it’s easier to come up with a price of a currency or Bitcoin.

Many people might not realise that other currencies work in exactly the same way. If you’re holding a coin or a note of your own local currency in your hand, at any given time there are millions of people buying and selling your local currency. So while you might observe it as stable, its value actually changes continuously.

If you want to exchange your rands to dollars, one day you might pay R10 for a dollar, and the next you may pay R11 or R9 for a dollar. Bitcoin works exactly the same way. Just think of it as a currency other than the one you are used to.

How has the price of Bitcoin changed over time?

By looking at a Bitcoin price calculator, you can see what the price of Bitcoin was on the Luno Exchange at any point in the past.

This gives you a historical view of the price changes.

How the price of Bitcoin has changed over time on the Luno Exchange.
Image: Supplied/Luno

A cryptocurrency price chart is the combined actions of many people. There are lots of people making decisions based on the information they receive.

Investing begins with education, not buying. So it’s important to do your own research and think about the information you base your buying decisions on.

Watch the video: How the price of Bitcoin is calculated?

Where did Bitcoin come from?

SPONSORED | Who created Bitcoin and why?
Business Times
3 years ago

SPONSORED | Does anyone at all control the cryptocurrency?
Business Times
3 years ago