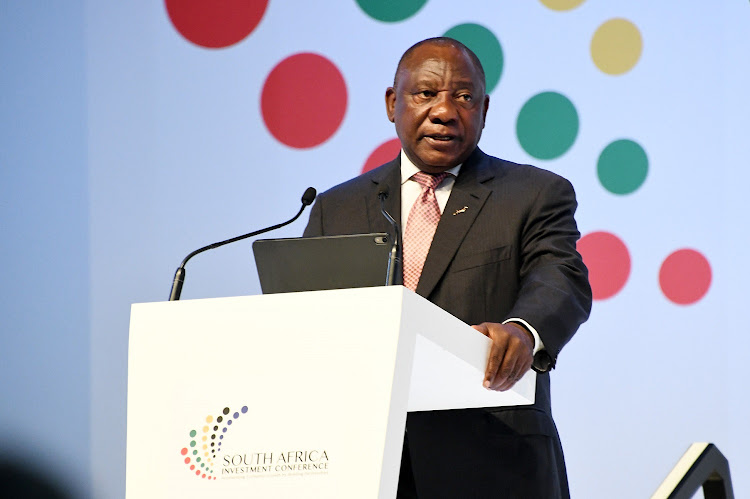 President Cyril Ramaphosa has committed to returning the country to a sustainable fiscal path as a means to generate investment and boost economic growth.

Addressing the second investment conference in Sandton on Wednesday, the president, who made attracting $100bn of investment in SA one of his goals after being elected, outlined government’s commitment to take steps to stabilise its finances.

He said the government would also address other hurdles to investment, notably operational and financial challenges at power utility Eskom.

“One of our central priorities is to return our country to a sustainable fiscal path,” he told the estimated 1,500 delegates, gathered at the Sandton Convention Centre.

“We are taking several measures to reduce public spending, eliminate wastage in government and direct resources to where they will have the greatest impact on long-term growth and poverty alleviation,” Ramaphosa said.

The 2018 conference saw R300bn in investment pledges from SA and international companies.

The president said the government was committed to taking the necessary measures to stabilise the debt to GDP ratio over the coming years.

“Our experience over the past 25 years of democracy is that macroeconomic stability and fiscal prudence is essential for investment and economic growth.

“We have embarked on urgent and far reaching measure to overhaul the energy sector,” Ramaphosa added.

The country has been hit by recent bouts of load-shedding — a major disincentive to investors.

The security and sustainability of the energy supply is critical for the investment in the SA economy, Ramaphosa said.

These measures are set out in the recently released Integrated Resources Plan (IRP) as well as the special paper to restructure and modernise Eskom released by the minister of public enterprises, last week.

A new CEO and strengthened board for the utility will be announced in a matter of days, he said.

President Cyril Ramaphosa’s opening speech to the second annual investment conference was a balancing act between acknowledging the problems ...
Politics
2 years ago