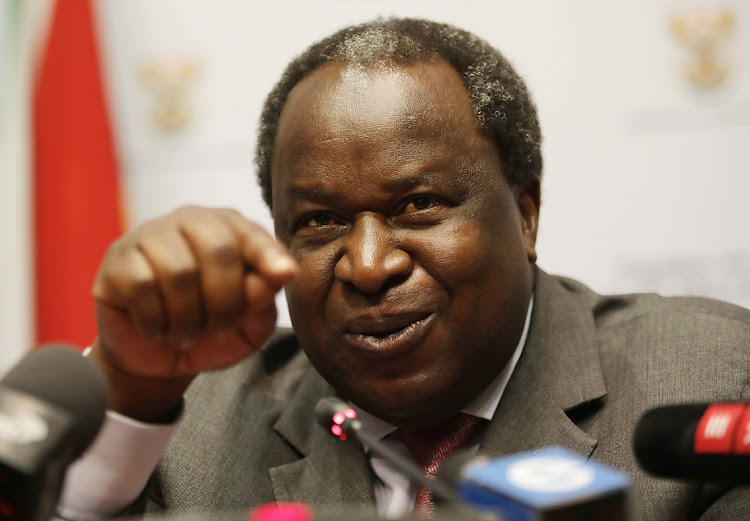 South Africa's economy will likely contract this year by more than the 7% previously forecast by the Treasury, Finance Minister Tito Mboweni said in an opinion piece published on Sunday.

Gross domestic product shrunk by a record 51% in the second quarter, its fourth quarterly contraction in a row, as a strict lockdown to curb the spread of the coronavirus saw activity grind to a near-standstill.

"The contraction in growth is larger than anticipated by the National Treasury and the SA Reserve Bank, which raises the risk that the actual GDP outcome for this year could be lower than previously thought by both policymakers and the broader market," Mboweni wrote in the piece published in the City Press weekly newspaper.

In July the Reserve Bank cut its 2020 forecast for GDP to a 7.3% contraction. In its emergency budget in June, the Treasury pencilled in a 7% decline, but some analysts see a double-digit contraction.

In his article Mboweni, brought back to cabinet by President Cyril Ramaphosa in 2018 after more than a decade in the private sector, said his office would speed up reforms, by easing regulatory hurdles and allowing more private investment in the public sector, especially in electricity.

State utility Eskom, which provides around 90% of the country's power, has struggled for years to meet demand, unleashing nationwide blackouts to keep the grid from collapsing.

With debt of around 500 billion rand ($30 billion) and heavily reliant on bailouts from government, Eskom has regularly been cited as the main threat to the economy and fiscal stability.

The government has long been criticised for its slowness in dealing with Eskom. In the article, Mboweni said the government would move with greater speed via "Operation Vulindlela" (open the way), a joint initiative between the Treasury and the presidency announced in his budget speech in June and aimed at accelerating structural reform. He did not give details of the plan.

"It is not another new plan. It involves implementing existing commitments through mechanisms to escalate challenges and fast-track implementation," Mboweni wrote.

'Anarchy is not the motive force of transformation': Tito Mboweni on Clicks attacks

Finance minister Tito Mboweni has taken exception to the Clicks shutdown led by the EFF.
Politics
1 year ago

Reactions to Tito Mboweni's “weed patch” snap smoked the internet on Tuesday, resulting in the finance minister deleting his post
Politics
1 year ago

'It is a great honour, but I am a difficult fella': Tito Mboweni on working with and for presidents

Outspoken finance minister Tito Mboweni has opened up about working with and for presidents during his more than 25-year career in politics.
Politics
1 year ago