WATCH | Without the private sector, we cannot make lemonade

The Sunday Times Top 100 Companies Awards in partnership with BCX 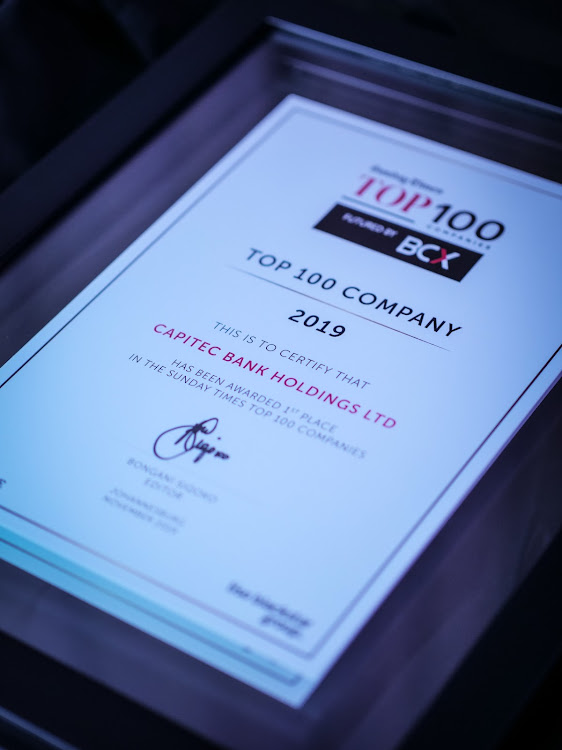 The Sunday Times Top 100 Companies awards acknowledge listed companies that have earned the highest returns for their shareholders over the past five years.
Image: Supplied

The private sector is under an inordinate amount of pressure in SA.

Last November, my colleague at Arena and former editor of the Sunday Times, Bongani Siqoko, stood on stage in front of the leaders of SA’s top performing businesses — at the Sunday Times Top 100 Companies gala dinner — and spoke of zeitgeist issues that had been affecting economic stability in SA: the Guptas, corruption within our state-owned enterprises, corruption at Steinhoff, and the pace of progress at the Zondo commission of inquiry into state capture.

A year on, these same issues are still at the fore and haunting our economy amid further downgrades by international ratings agencies. When the global Covid-19 pandemic came into the picture, one could say that the future started looking decidedly less rosy.

Siqoko also said on the #Imstaying hashtag that had been trending on social media at the time. He said, “99% of South Africans are not in a position to leave for the promise of a greener pasture somewhere else. Honestly, most people who announce their loyalty to the #ImStaying hashtag, have no choice.”

Today, with travel restrictions and global lockdowns in effect, even those previously contemplating immigration have found their plans ruined. Now, #ImStaying looks like it’ll need to give way to #ImStayingMasked.

But this is where knowing how to make lemonade from lemons becomes essential, particularly if you’re one of the millions of South Africans who want to see the country flourish, and who want to raise families in this beautiful place.

The only problem is that for far too long, it’s been the private sector who had to do the squeezing to get some juice back into the economy. Even the lemons chucked their way by the government have been dry and desiccated.

But is there some light at the end of the tunnel? Are we starting to see a turnaround in the country? I’d like to think we are.

Recent arrests and subpoenas from deputy chief justice Raymond Zondo have finally given us a glimpse that the commission is not simply for show. Whistle-blowers are coming forward, and people in high places who might have thought themselves untouchable are going to be held to account. There is still a way to go, but at last we are seeing action.

Yet still, while the government under President Cyril Ramaphosa tries to rebuild some credibility into its structures, the private sector must keep its head down and pick up the slack. Without the success of the private sector, especially those JSE-listed giants, it is exceedingly difficult to see a positive future for our nation.

This is why every year — and especially now — we need to celebrate the best efforts of the private sector by acknowledging the contributions they’ve made in terms of securing investment, creating jobs and keeping our economy buoyant.

It therefore gives me great pleasure, as the editor of the country’s best-selling English language news title, the Sunday Times, to invite you to join us online at the prestigious Sunday Times Top 100 Companies Awards in partnership with BCX. The awards acknowledge listed companies that have earned the highest returns for their shareholders over the past five years. We’ll also announce the Lifetime Achiever and Business Leader of the Year, who will join a long list of esteemed recipients.

We look forward to seeing you online.