Start trading the financial markets today with an award-winning broker 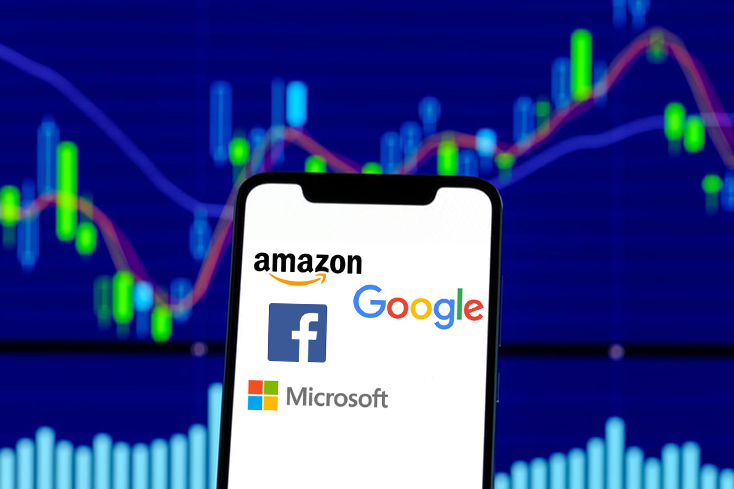 Google, Amazon, Apple, Microsoft and Tesla are pulling the market up. If you exclude them from the list, you don’t see that big of a growth, says Kibel.
Image: Supplied/CM Trading

Ongoing lockdowns, pandemic surges, a new US president sworn in... It has been a tumultuous start to 2021, though for some, especially in the financial markets, there have been many bright spots. The world’s biggest tech companies (Google, Amazon, Microsoft and so on), released their Q1 earnings, vastly surpassing many analysts’ predictions; Facebook CEO Mark Zuckerberg added $8bn to his overall wealth in just one week.

In SA, vaccines are being rolled out and the rand has been particularly strong this year against the dollar. There has never been a better time to become a trader. Even with a small investment, you can be well on your way to becoming profitable — as long as you are disciplined.

How do you get started in trading? What are some of the trends we should observe this year? CM Trading founder, Daniel Kibel, helps answer all these questions and more.

US dollar — greenback not in demand

Kibel said: “The dollar has been weakening; the euro increased beyond 1.20 against the dollar while the rand/dollar exchange rate was down to R14.17. The reason for this is that traditionally when the stock market is rallying, the dollar declines. What we are witnessing now, however, is that the stock market has gone up and negatively affected the dollar.”

“Like many analysts, we’re waiting to see what will happen with US President Joe Biden’s huge stimulus plan. He’s planning to spend $4-trillion dollars, the biggest US investment in the economy since the ‘New Deal’,” says Kibel.

“It’s been a speculative market without huge moves. The US dollar, however, has been hit hard in the first quarter and the dollar/rand rate has moved quite a bit. The rand has been particularly strong this year and whether this push will continue depends on resolving the issues with SA’s economy.”

Getting out of the recession — trends for 2021

Kibel says, “Forex analysts will be keeping an eye on Biden’s huge investment in the US economy. Economists around the world are sifting through the data to determine whether we are able to get out of what is in effect a recession — with huge unemployment rates — due to Covid-19.

“One area we need to pay attention to is the stock market because its performance affects the dollar. Some believe this is just the start of the uptrend and the markets will continue to climb, while others believe the market will go down by 30% sooner rather than later.

“The reason behind this is we’re not quite clear on what’s happening; the big five stocks (Google, Amazon, Apple, Microsoft, Tesla) are pulling the market up. If you exclude them from the list, you don’t see that big of a growth. If markets collapse, we are likely to see a stronger dollar.”

“Forex is a 24-hour market that’s high risk, but extremely high reward. If you put in $1,000 there’s no limit to the amount you can make, whereas your maximum loss remains $1,000. You can make unlimited amounts of money. Last year, a client started by investing $1,000 with us and grew his account to $90,000. So, it does happen; there’s high-profit potential if you trade the right way and with the right broker.”

Kibel’s advice for first-time traders is simple: “Jump right in. Don’t bother with demos, use real money — just start small. You can trade small positions and lots with virtually negligible risk. Learning the basics and familiarising yourself with the trading platform is crucial to really getting a feel for the markets. And to figure out your trading style, you need to trade with real money.

If you’re solely trading on a demo account, you can lose thousands of dollars in a bad trade and learn nothing from it because there are no stakes. However, trading on the live market will give you a better understanding of the markets, and your psychology as a trader, right from the get-go.”

CM Trading shares the top industries to watch in 2021

Online trading in 2021: Your SA guide to getting started

SPONSORED | With the right knowledge and discipline, anyone can start making money by trading the financial markets
Business
4 months ago

The financial markets are always evolving, and we’ve evolved right alongside them. CM Trading has been busy creating the best online trading destination and has launched its all-new website.

Discover our new and improved features:

Register here to get started >>>

This article was paid for by CM Trading.