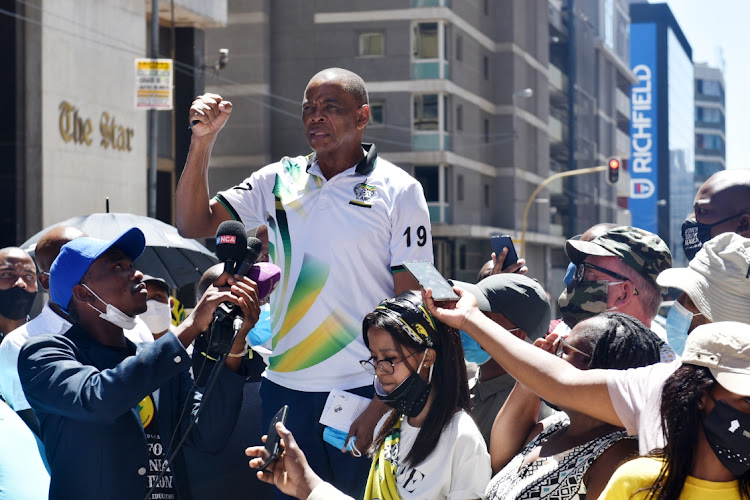 The rand has rallied and local bond yields edged lower since Magashule's suspension, although other factors have also contributed, including the National Treasury cutting debt issuance.
Image: Freddy Mavunda

Investors are celebrating the suspension of ANC secretary-general Ace Magashule, saying it is a sign that President Cyril Ramaphosa is finally tightening his grip on the party.

But they say Ramaphosa must move far more quickly on reforms before they can turn bullish on the growth prospects of SA.

Ramaphosa has slowly consolidated control over the divided ANC after narrowly winning a leadership contest in December 2017 that also saw rivals elected to powerful party posts.

He only felt confident enough last week to move against Magashule, who has been charged with corruption, after his allies in the ANC's national executive pushed through tougher rules for members charged with serious crimes.

“It shows an element of steel that has been missing,” Adrian Saville, a longtime fund manager and economics professor at GIBS business school in Johannesburg, told Reuters.

Magashule denies the corruption allegations and has called the charges he faces flimsy.

But his suspension clears a major obstacle to Ramaphosa's bid for re-election as party leader next year. The secretary-general oversees the day-to-day running of the ANC and plays a central role in conferences where party posts are won and lost.

The rand has rallied and local bond yields edged lower since Magashule's suspension, though other factors have also contributed, including the National Treasury cutting debt issuance.

The ANC is confident its suspended secretary-general Ace Magashule will apologise for attempting to suspend party president Cyril Ramaphosa, says ...
Politics
1 year ago

Ramaphosa is not out of the woods yet.

The ANC is riven by factions that are in constant flux, including one that still remains loyal to Ramaphosa's scandal-plagued predecessor Jacob Zuma.

The Covid-19 pandemic has worsened the weak state of public finances and long-standing problems such as unemployment.

Many investors feel Ramaphosa has not delivered on promises to clear policy blockages in sectors such as energy, where red tape still prevents big companies from generating their own power despite state utility Eskom regularly implementing outages.

“The direction of travel is the right one, but the speed has been slow,” said Pavel Mamai, partner and portfolio manager at London-based ProMeritum Investment Management.

Wapenaar said SA still faced a “policy quagmire”, noting that miners were not opening new mines despite a commodity boom.

Changes to visa rules affecting skilled migration and the release of radio frequency spectrum for telecoms firms are two other areas where the president had not met expectations, said Peter Attard Montalto, head of research at Intellidex, who tracks reforms under Ramaphosa.

“Magashule's suspension is an important step, but it does not shift the dial on reform,” he said. “Factional politics is not blocking policy.”

The ANC is confident its suspended secretary-general Ace Magashule will apologise for attempting to suspend party president Cyril Ramaphosa, says ...
Politics
1 year ago