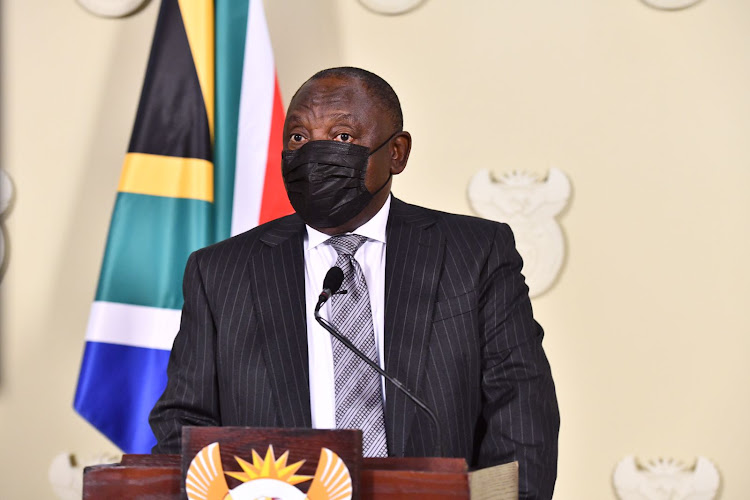 President Cyril Ramaphosa has reshuffled his cabinet for the first time since coming into office.
Image: GCIS

Our host Mudiwa Gavaza is joined by Chris Hattingh, deputy director at the Free Market Foundation, an economic research and policy think-tank.

After a week of speculation around possible changes to some portfolios, President Cyril Ramaphosa made sweeping changes to cabinet and the national executive, including the replacement of finance minister Tito Mboweni with ANC economic head Enoch Godongwana.

Hattingh says Ramaphosa looks firmer and more confident in his presidency as he took political control of the intelligence portfolio into his own office, scrapping the ministry of state security. Former deputy minister of intelligence Zizi Kodwa, a trusted Ramaphosa ally, will be responsible for intelligence.

The reshuffle is Ramaphosa’s first since coming into office in 2019 and follows two weeks of violence and looting which shook the country and rattled investors. It includes changes across the board, swapping or bringing in new ministers to 10 portfolios.

Hattingh says while many of the changes show an intention to deliver on the president’s economic promises, yet to be delivered, the real test will be how the appointees execute their roles.

He also noted changes made to the tourism, communications and energy portfolios as those to watch, given their contribution to SA’s GDP.

President Cyril Ramaphosa's new ministers and deputy ministers have been sworn in.
Politics
9 months ago

QUIZ | Are you a ‘news minister’ or a clueless comrade? Take this test to find out

How well do you know your SA newsmakers?
News
9 months ago