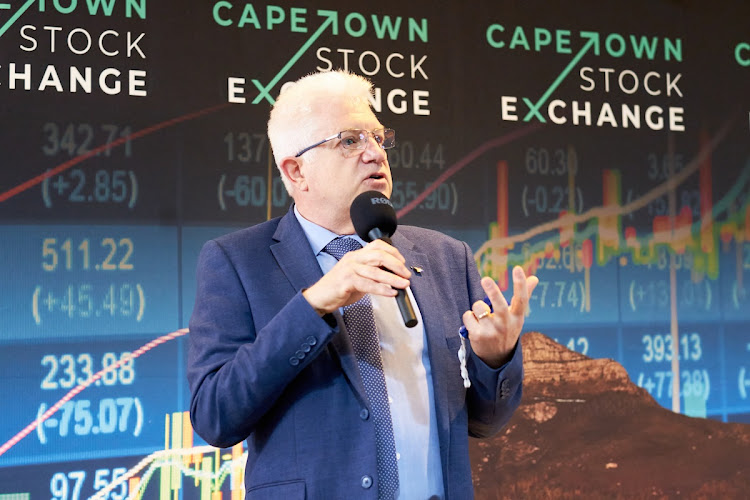 The Cape Town Stock Exchange (CTSE) officially opened for trading in the Mother City on Thursday, with its focus on providing capital and opportunity for small and medium-sized enterprises (SMEs).

“We are building a stock exchange that caters to the growth segment of the South African economy. We’re aligned with businesses creating jobs, funding innovation, growing crops, developing skills, investing in innovation and trying to reshape our future," said CEO Eugene Booysen.

“Our renewed promise is to provide a truly digital marketplace — one that is safe, secure, uncomplicated, transparent and well-governed, and still offers easier access to liquidity at attractive rates.”

The launch of the CTSE coincided with the listing of southern African agricultural business, TWK Investments Ltd.

“We are pleased to announce that TWK is the first official listing on the renamed Cape Town Stock Exchange,” TWK CEO André Myburgh said.

Cape Town to get its own bourse

To celebrate the listing, the exchange presented TWK with a certificate, naming a star in its honour.

Speaking at the launch, Western Cape premier Alan Winde said it was a “truly historic day for our province.

“The pandemic has taken a severe toll on our economy, with many having lost jobs. Our priority is to recover, by growing the economy, attracting investment and creating many new jobs. We hope that a stock exchange in our own province will help with this important objective.”

BusinessLIVE reported earlier this month that the new stock exchange came some 12 decades after the last one in the city.

Booysen told BusinessLIVE that attracting retirement savings to small and mid-cap companies was part of the mission. The sweet spot lay among companies with a market capitalisation of between R100m and R2bn, a sector he believes is underserved by the JSE because of the costs not only of listing but of maintaining that ticker on the trading screens.

Booysen said he saw a total market opportunity of as much as R2-trillion.

Editor's note: Lebashe is the main shareholder in both the CTSE and Arena Holdings, which owns TimesLIVE, BusinessLIVE and other titles.

Public works minister Patricia de Lille has lashed out at the DA over claims it is unable to build housing in the Western Cape because it is waiting ...
Politics
7 months ago

The DA says it is working on making six municipalities it runs in the Western Cape “load-shedding proof”.
Politics
8 months ago