SA must entice investors, and fixing Eskom is the start: Godongwana 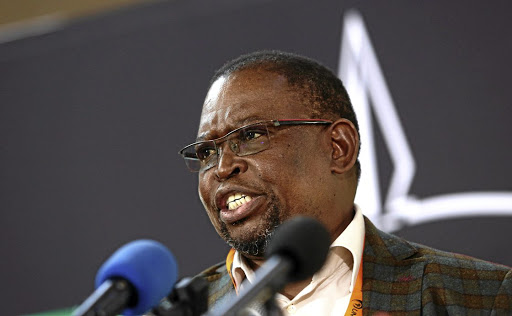 Implementing an urgent electricity supply strategy, concluding the spectrum conversation and embracing green energy are the most sustainable and realistic ways to revive the economy, says finance minister Enoch Godongwana.

He was giving the keynote speech at the Sunday Times national investment dialogue on Thursday.

“At the centre of the country's recovery is the goal of building a new, fast-growing and more inclusive economy, propelled by greater public and private sector investment. We’re very clear that poverty, unemployment and inequality will only be addressed with an inclusive plan.

“[Investors] are not investing because the environment is not conducive for them to do so. What we needed to do is invest in infrastructure and ensure private sector invests as well,” he said.

He said that while the government grapples with an instrument to encourage investment, there are three main areas that need urgent improvement.

“One of them is electricity. If you can take a date from 2009 to 2021 when we first had the outages, it's 13 years. Over those years we have spent our time fixing Eskom, and not the supply.

“The second issue is [digital] spectrum. We want to close this conversation as a matter of urgency. We’ve had about 11 ministers in 12 years in the same department.

“Third, we have to follow the global trend. We were listed as one of the biggest [green house gas] emitters. We have to say what we’re going to do with green economy. We have to talk about it as a nation and across all sectors,” Godongwana said.

He said most of these problems were compounded by a lack of efficiency in the country’s overall logistics.

“The regulatory burden must be taken into account,” he said.

Stavrous Nicholau, senior executive at Aspen Pharmacare, gave his view from a medical perspective as he reflected on Covid-19.

“Vaccinating a great number of the population is the most effective and urgent point to economic growth. Probably the most important decision for both employers and employees is to grapple with whether to make vaccination mandatory or not. We don’t have a lot of time to solve this; we cannot afford another hard lockdown in January.

“There were some silver linings that came out of the pandemic, one of them being that our scientific community has come to the fore. It’s not by pure luck or accident that three of the most prominent vaccine trials were conducted in our country. It says a lot about out medical and scientific community. We’ve all seen the uneven distribution of vaccines globally,” Nicholau said.

“We need secure, clean energy supply at a reasonable price. Reliable power is a prerequisite to running a successful economy. SA needs to transition away from its carbon-intensive power system in line with the rest of the world and given the climate change crisis that we all face,” he said.

Absa, which sponsored the event, said it was a leader in renewable power financing in SA. Quinn said the company had more than 10 financing profiles on its books.

Colin Coleman, partner at Goldman Sachs, said SA does not have a debt problem, but a growth one.

“We have to get help to our unemployed and small businesses. The compounding cost of regulatory overreach, barriers on skills, labour rigidities, empowerment ownership transfer requirements, relative cost of levies and taxes, inefficiencies of municipalities and hidden cost of corruption, crime and waste has produced an environment where the returns of capital have sharply declined.

He added that if the economy did not grow, “there will be nothing to share, no nation to transform and our national debt will be the least of our problems”.

Joseph Cotterill, bureau chief of the Financial Times, touched on the recent unrest in the country that left hundreds of industrial and retail structures charred by frustrated and unruly community members.

He said that after doing his own assessment at certain hotspots across Gauteng, he realised that the problem was much more complex.

“I was really struck, in a way as a tale of the two SA’s. The unrest shook people because they realised it’s not a debt or growth problem, it’s a security problem for investment.”

ANALYSIS | Jobs for pals as Cyril looks to the future

Eight officials from the national health department are implicated in the Special Investigating Unit report in connection with the R150m contract ...
Politics
2 weeks ago

Former finance minister Tito Mboweni had tongues wagging this week when he took to Twitter to call for a change in the constitution.
Politics
2 weeks ago