Transnet swings into over R8bn loss as pandemic, expenses and impairments bite 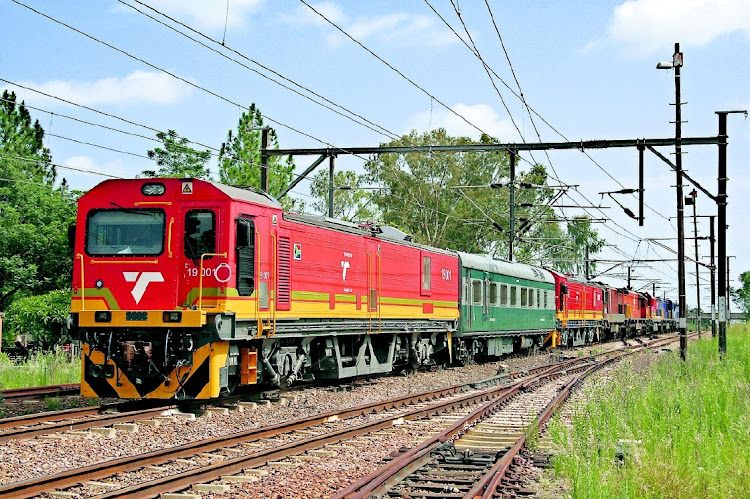 Transnet, which has swung into a massive R8.4bn net loss for the year ended March 2021 and also received a qualified audit opinion, said on Friday evening this was probably its first annual loss in up to a decade as the group came to grips with the fallout from the pandemic, as well as unusual environmental expenses, impairments and some one-off third party claims.

Transnet group CFO Nonkululeko Dlamini said: “We did look back, and one might not be able to say it is the first one ever, but if we look back at least five, 10 years, Transnet has not seen a loss. And again it was quite a very different year with it being the Covid year.

“From the history we‘ve gone and checked in the financial statements, it’s probably the first in recent years that Transnet has operated.”

In the financial results statement released on SENS, the state-owned enterprise said it had “incurred a financial net loss of R8.4bn, mainly as a result of the Covid-19 impact on our operations and other expenses that are not normal to our business operations”.

It said these included “unusual environmental management expenses of R1.2bn, provision for unusual third party claims of R3.6bn” and “impairments of R1.6bn”.

The group, which reported net profit of R2.9bn in the previous financial year, also reported a 10.5% drop in revenue to R67.3bn, saying this was due mainly to the “impact of Covid-19 lockdown restrictions on volumes”.

“It was expected that we get this kind of performance because for the first half of the financial year, the country was in a closed locked down period, from March 26 2020 in which case we were literally starting this financial year a few days later.

“And therefore from just about the first three months of the financial year we operated at very low levels in terms of the volumes that we were able to move and I think we started off as low as about 59%, but as the lockdown levels improved we did start seeing a bit of an improvement in the performance, based on the volumes we were able to move. But it does represent a 10.5% reduction in the revenue we reported to the media in the 2020 financial year,” said Dlamini

Transnet also flagged that even though it made progress in the implementation of a remedial plan for the business, it had “unfortunately received another audit qualification” for “irregular expenditure”.

However, Transnet was at pains to point out that it had not transgressed any international accounting standard rules and that it was irregular in that some of the expenditure had not been compliant with SA’s Public Finance Management Act, which has onerous rules attached to procurement procedures.

Transnet CEO Portia Derby said she had been “completely astounded at the level of effort each individual has to go through to arrive at the classification of one event and it takes over 104 individual steps”.

“When you talk about irregular expenditure, the presumption is that there is some criminality associated with it, which is absolutely not always ... And in fact, in most of the instances, it is not the truth.”

She said the rules are designed for government departments and not companies, which have to compete in the private sector, saying that as things now stand it is “impossible to be competitive in the environment which we operate”. ​

Richards Bay port struck by second fire in a week

A fire broke out at the Richards Bay port on Wednesday, a week after a blaze affected one of its terminals.
News
1 month ago

SA 'scarily' at risk from cyberattacks