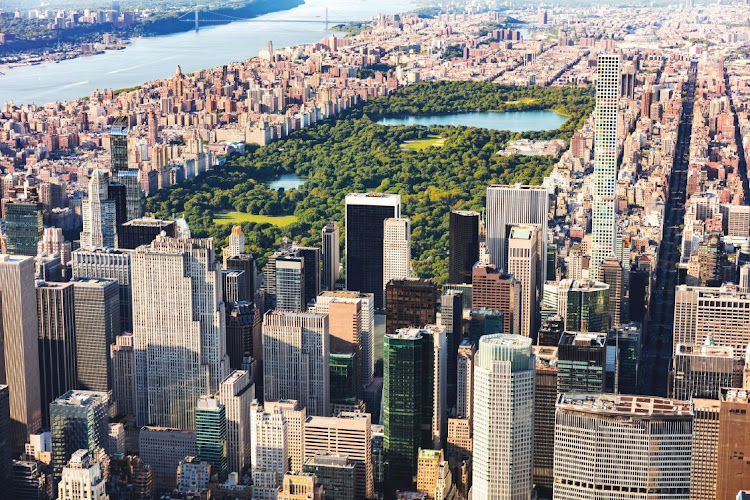 After many spent a year or more in remote suburban locales, wealthy New Yorkers are returning to the city to find an abundance of inventory.
Image: 123rf.com

Manhattan luxury-home sales had their best week of the year last week as well-heeled buyers stepped up their demand for larger spaces in New York.

There were 67 contracts signed for properties priced at $4m (R65m) and above, the most for any seven-day period in 2021, according to a report by brokerage Olshan Realty.  The value of those deals totalled $613.7m, the highest weekly tally in data going back to 2006.

Wealthy Manhattanites are emerging from the pandemic with large stockmarket gains and a desire to upgrade their residences.

After many spent a year or more in remote suburban locales, they’re returning to the city to find an abundance of inventory — and plenty of chances to splurge on a bigger apartment.

“The first thing they notice is they don’t have enough space,” said Donna Olshan, president of the brokerage. “The kids are struggling with trying to live in the city, and the pets aren’t so co-operative.”

The second-priciest home to find a buyer was a limestone mansion owned by financier Phil Falcone, at 22 East 67th Street, on the market since March 2018 and most recently listed at $27.5m.

A foreclosure auction had been scheduled for earlier this year after lenders sought to recoup unpaid loans used to renovate the home, purchased by Falcone and his wife in 2004.

Though co-ops (property owned by a corporation) have been losing out to a boom in condominium sales, last week’s deals show that with the right discount, even units at buildings with restrictive rules can find buyers.

A five-bedroom co-op at 1035 Fifth Avenue — where only 50% financing is allowed — found a taker after nine months. The asking price of $9.95m was 15% less than the seller initially sought. As with all contracts, the final sale price won’t be known until the deal closes.

Rising prices for high-end condos are making some buyers willing to consider a co-op again, even if it means going through an intrusive board interview and living with limitations on how the apartment may be used and purchased, said Olshan. “Some of them have decided to suffer if they can get a big enough discount.” — Bloomberg