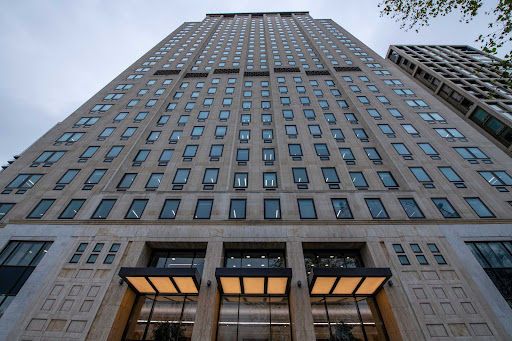 Royal Dutch Shell Plc shareholders approved the relocation of the company’s headquarters to London from The Netherlands, a country with which relations have become increasingly strained due to environmental concerns.
Image: Bloomberg

Royal Dutch Shell Plc shareholders approved the relocation of the company’s headquarters to London from The Netherlands, a country with which relations have become increasingly strained due to environmental concerns.

Shell said it will retain a large presence in The Netherlands and the move is intended to simplify its corporate structure, as well as accelerate returns to investors while cutting their taxes. Yet it also follows a Dutch court’s ruling that the oil and gas giant must speed up its carbon emissions cuts, and a decision by the country’s largest pension fund to sell its holdings in fossil fuel producers due to climate concerns.

The company is seeking to convince investors -- such as activist Dan Loeb -- governments and environmental groups that it can transform itself into a clean energy producer while still providing generous payouts. Key to that plan, the company says, is consolidating all of its shares in one country, making it easier to buy and sell assets as well as return cash to shareholders.

“A single line of shares will allow us to be much more flexible,” Shell Chairman Andrew Mackenzie said at a meeting in Rotterdam on Friday. The restructuring “will accelerate our ability to move into the goals of the energy transition” and also benefit shareholders, he said.

A “resounding” 99.8% of votes cast by investors were in favor of the proposal, Mackenzie said. The resolution also drops “Royal Dutch” from the company name, because Shell expects it will no longer meet the conditions for using the honorary designation.

Shell’s board still needs to hold a meeting to give final approval to the decision. The company expects the process to be completed in early 2022. The move won’t have any impact on Shell’s compliance with the Dutch court ruling on emissions cuts, Mackenzie said.

Shell’s current dual-listing has existed since the unification of Royal Dutch and Shell Transport & Trading Co. in 2005, an arrangement the company says was never envisaged to be permanent. A key drawback of this structure is that share buybacks are subject to a withholding tax in The Netherlands and not in the UK. Until now, Shell has only repurchased stock in London, limiting the volume it can acquire at a given time due to lower liquidity, and market-abuse regulations.

Shell has pledged to give investors $7 billion of the proceeds from the sale of its Permian shale oil fields in the form of buybacks. Adopting a single line of shares traded in London will “facilitate the most efficient way of returning cash to our shareholders,” Chief Financial Officer Jessica Uhl said at the meeting. “We’ll have greater ability to execute share buybacks” as quickly as possible and at the lowest cost, she said.

Harsh climate: why Shell is divorcing the Netherlands after 114 years

Environmentalists are urging Shell and other oil companies to stop prospecting for oil, arguing that the world has no chance of reaching net zero ...
News
1 month ago

More than 100 people banged pots and brandished placards in front of a Shell garage in Cape Town on Saturday in protest against the company’s ...
News
1 month ago