Glencore prepares to pay up to $1.5bn to settle US, UK, Brazil probes 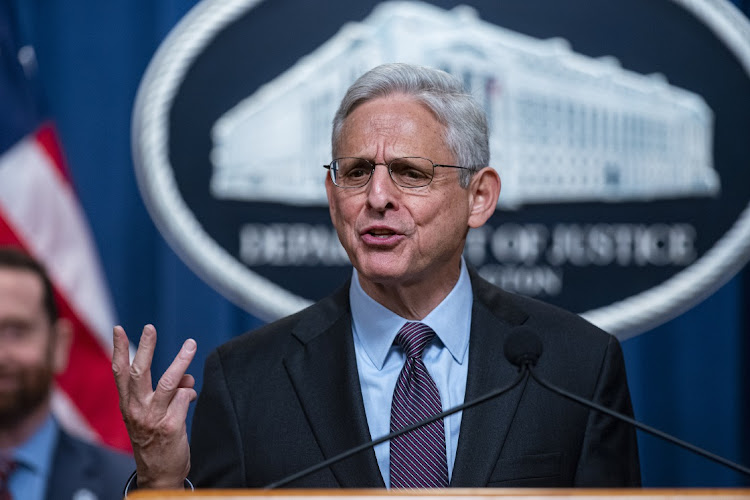 Merrick Garland, US attorney general, speaks during a news conference on the Foreign Corrupt Practices Act at the Department of Justice (DOJ) in Washington, D.C., US, on Tuesday, May 24, 2022. Units of Glencore Plc are pleading guilty to bribery charges as part of a sweeping settlement with authorities in the US and UK to resolve corruption probes that have hung over the commodities giant for years.
Image: Al Drago/Bloomberg

Glencore Plc said on Tuesday it anticipates paying up to $1.5 billion to settle accusations of bribery and market manipulation, as authorities in the US, Britain and Brazil announced that three of the company's subsidiaries were pleading guilty to crimes.

The miner and commodity trading giant agreed to pay more than $1 billion in the US and Brazil, with Glencore representatives also appearing in courts in the US and Britain on Tuesday.

US attorney-general Merrick Garland said a $1.1 billion accord with the US will resolve both a decade-long scheme to bribe foreign officials across seven countries and separate criminal and civil charges alleging one of the company's trading arms manipulated fuel oil prices at two of the largest US shipping ports.

“This represents the Justice Department's largest criminal enforcement action to date for a commodity price manipulation conspiracy in oil markets,” Garland said at a press conference.

“We will continue to investigate, disrupt and hold accountable corporations that break our laws.”

The company said it expects a final global settlement, including a future fine in Britain, not to exceed the $1.5 billion it set aside in its reserves in February to resolve the probes relating to operations in the Democratic Republic of the Congo, Nigeria and Venezuela.

“Glencore has resolved the previously disclosed investigations by authorities in the US, the United Kingdom and Brazil into past activities in certain Group businesses related to bribery,” it said in a statement.

Any final resolution would wrap up a multiyear US and British investigation that has dogged the Swiss-based multinational, which still faces corruption and bribery investigations by other countries including Swiss and Dutch authorities.

In Brazil on Tuesday, prosecutors said Glencore will pay $29.6 million directly to state-run oil company Petrobras in compensation for defrauding the company and roughly $10 million to authorities in civil penalties.

Glencore Energy (UK) Ltd, which said Tuesday it would plead guilty to all the charges at a hearing at London's Westminster Magistrates' Court, will be sentenced on June 21.

The SFO alleged that Glencore agents and employees paid bribes worth over $25 million for preferential access to oil, with approval by the company.

As part of the resolution with the US, Glencore is also required to hire two separate independent compliance monitors.

However, none of the company's top executives have faced charges to date. U.S. Justice Department officials told reporters on Tuesday their investigations remain ongoing.

Spotlight on Corruption, a public interest group, welcomed the charges on Tuesday, but said it was “essential that those responsible for the wrongdoing, including senior executives and the parent company, are held to account.”