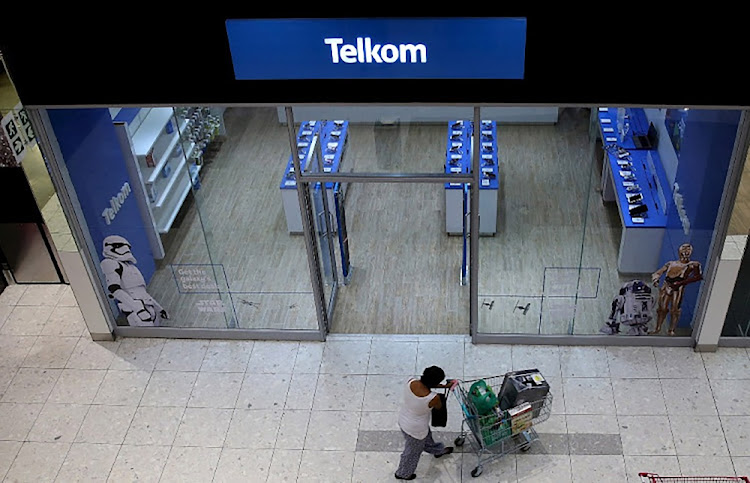 Telkom has requested the high court to stop the SIU from investigating it until the court hears its second part of its application.
Image: REUTERS/SIPHIWE SIBEKO

In a notice of motion filed on Monday, Telkom said it had asked the high court in Pretoria to interdict the SIU from proceeding with the investigation until the court hears its second part of its application asking the court to set aside the proclamation, adding that the investigation by the SIU is unconstitutional, unlawful, invalid and of no force or effect.

The respondents — the SIU, Ramaphosa, the minister of communications and digital technologies, and Edward George Scott — have 15 days to respond on whether they will oppose the motion.

In January, the government gave the SIU the authority to investigate a range of transaction activities from 2006. It will look into maladministration in relation to the sale or disposal of iWayAfrica and Africa Online Mauritius and Nigerian company Multi-Links Telecommunications.

It will also investigate contracting for or procurement of telegraph services (telex and telegrams) and advisory services in respect of the broadband and mobile strategy of Telkom, by or on behalf of the company, and payments made in respect thereof. Improper or unlawful conduct by employees and officials or agents of Telkom will also be investigated.

In 2007 Telkom, bought Africa Online, an internet service business that was based in Kenya and had operations in eight other countries on the continent, and a 75% stake in MultiLinks, Nigerian’s first private telephone operator, marking the group’s first expansion outside SA as part of its strategy to diversify and grow revenues.

The decision by telecom operators to sell and separate their tower and related businesses into standalone companies from their services operations ...
Business Times
8 months ago

In 2009 Telkom bought the remaining 25% of MultiLinks and had plans to spend billions of rand on expanding the business. Telkom spent north of R10bn in acquiring MultiLinks. This excludes the billions of rand it pumped into the business to expand its network. iWayAfrica was formed as the result of the amalgamation of Mweb Africa and Africa Online in 2007 when Mweb Africa was purchased by Telkom SA. iWay Africa provided satellite services aimed at the enterprise market in Africa.

MultiLinks was sold in October 2011 for $10m to Helios Towers Nigeria. MultiLinks cost Telkom over R7bn, including write-offs, with the disastrous venture blamed on the code division multiple access (CDMA) operator while the market was dominated by GSM technology, contracts that the company entered into that did not deliver the expected benefits and significant operating expenses.

MultiLinks made operating losses of R522m and R1bn in the financial years 2009 and 2010 respectively. In 2010 the Communications Workers Union submitted a dossier claiming widespread corruption at Telkom including its MultiLinks deal. It claimed at the time that MultiLinks entered into contracts that were strangling the company.

The country’s fourth mobile network operator, Cell C, has called on regulators to carefully assess the proposed purchase by MTN of Telkom to ensure ...
Business Times
2 weeks ago

MTN’s bid to buy Telkom, in a deal an analyst estimated could be valued at around R24bn, will give the country’s second biggest mobile network ...
Business Times
3 weeks ago

'I define my time at Icasa, especially the last three years, as religious commitment'

Keabetswe Modimoeng, outgoing chair of the Independent Communications Authority of SA  (Icasa), is looking forward to spending more time with his ...
Business Times
4 weeks ago