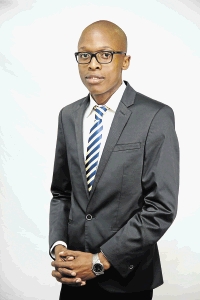 This comes as the regulator, Telkom, MTN and other operators prepare to square off in court on Monday over Icasa’s decision to withdraw the temporary licences given to companies in April last year.

Spectrum is a radio frequency used for the rollout and access to superfast internet.

The initial temporary agreement came after the government declared a national state of disaster because of the Covid-19 pandemic.

It was anticipated that there would be high demand for internet access as people had to work from home and learn online.

Icasa has already asked operators to return the spectrum at the end of November.

But Telkom took Icasa to court last month arguing that the country is still in a state of disaster, warning that if the temporary arrangement is terminated, it will disadvantage consumers as there will be network interruptions.

With the new process, companies that are not going to participate will have to return the allocated temporarily licence.

It is not clear if the court hearing, scheduled for Monday and Tuesday, will proceed.

In a statement, Icasa said the new arrangement will be for seven months — ending June 2022, or three months after the termination of the national state of disaster, whichever comes first.

Companies have been given five days to submit their applications and the regulator will make its final decision by November 26.

The authority believes that it is in the best interest of the public to have a provisional spectrum licensing arrangement in place over the next seven months. This will enable all other inherent licensing processes to conclude while mitigating any possible service disruptions.

“All we want is ultimately a competitive, transparent, and all-inclusive spectrum licensing regime and plans are afoot in that regard.”

He said the provisional spectrum licensing arrangement is “an improved pro-competitive interim measure but is not a permanent process considering its limited participatory scope”.

“This provisional arrangement is tailored to deal with any network issues which may affect the provision of services to consumers in the intervening period.”

Vodacom Group CEO Shameel Joosub said Icasa's decision is “very encouraging” and it was “good to see we have been able to find a solution and move forward”.

He said since the temporary licence was introduced last year, “volumes have more than doubled and so allowing for it (to continue) is really important and ultimately the permanent allocation will be more important”.

The ministry of communications and digital technologies will intervene in the standoff between mobile network companies and the telecoms regulator ...
Business Times
1 month ago