Through it’s R1.5bn recovery fund, the Industrial Development Corporation has successfully helped to restore more than 30,000 jobs lost due to the July unrest 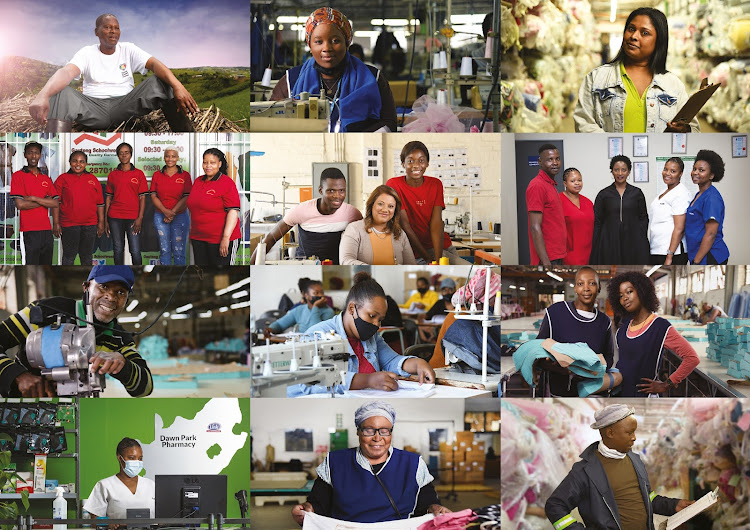 Some of the many beneficiaries of the Industrial Development Corporation's R1.5bn Post Unrest Business Recovery Fund.
Image: Supplied/IDC

The government-owned Industrial Development Corporation (IDC) acted swiftly to support the economy and communities in distress when unrest rocked SA in July.

Through its R1.5bn Post Unrest Business Recovery Fund (PUBRF), the IDC has successfully helped to restore more than 30,000 jobs that were lost due to riots and looting in various parts of the country — mostly in KwaZulu-Natal and Gauteng.

Many of the beneficiaries of the PUBRF have been impressed with how quickly and efficiently the corporation helped them get their businesses back on their feet.

Bulelwa Dunywa-Maponya of Dawn Park Pharmacy in Gauteng says she was given a much-needed sense of hope when she got an immediate response from the IDC on a weekend.

With the corporation’s help, Dunywa-Maponya was able to reinvigorate her pharmacy, buy stock and get her employees — who had been anxious about the security of their jobs — back to work. In doing so, she was also able to continue to be of service to her community during a trying time.

Boni Dibate was impressed by the passion of the IDC representative who came to assess the damage to Gauteng Schoolwear, the company she co-owns with her sister, which makes and sells school uniforms. All three of the sibling’s stores had not only been looted, but set alight.

Dibate says the IDC’s PUBRF enabled them to buy new, improved machinery to continue manufacturing uniforms. They’re working towards reopening all their stores.

Mohamed and Zuraida Saib, the owners of ZA Gear, another Gauteng clothing manufacturer not spared by the unrest, used the IDC funding they received to refocus and rebuild their business as a design house and accredited training provider.

Today, ZA Gear trains and upskills the province’s youth, empowering them to be independent clothing manufacturers in their own right.

Thanks to the PUBRF, one of SA’s largest textile employers, Trade Call Investments (TCI) Apparel, was able to retain its staff of nearly 1,000 employees.

“To my surprise, it was effortless,” says TCI CEO Herman Pillay of the funding the business got from the IDC.

With support from the PUBRF, wholesaler and retailer iKhwezi Tradestar, which has 26 stores throughout KwaZulu-Natal, was also able to keep all its staff employed, replace looted stock and rebuild its burnt and damaged outlets.

The unrest had a devastating affect on the livelihoods of many KwaZulu-Natal sugar cane growers and their staff, and the PUBRF helped save 5,000 jobs in this area alone.

Among the beneficiaries who received grants to restart their farms are Mzunywa Ngubo, whose crops had to be left to rot in the fields due to mill closures, as well as Wiseman Njikija and his son Sipho of Idwala Farms, and Patricia Mbhele, whose sugar cane fields were set ablaze.

“They were heaven-sent to help me during my darkest moment,” says 87-year-old Mbhele of the IDC representatives who came to the rescue with funding and support.

These are just a few examples of how the IDC’s PUBRF helped SA get back to work in the wake of a turbulent time in the country's history. The corporation is proud to have played its part in contributing to people’s livelihoods and assisting businesses retain jobs. It remains committed to Mzansi’s economic growth.

This article was paid for by the Industrial Development Corporation.