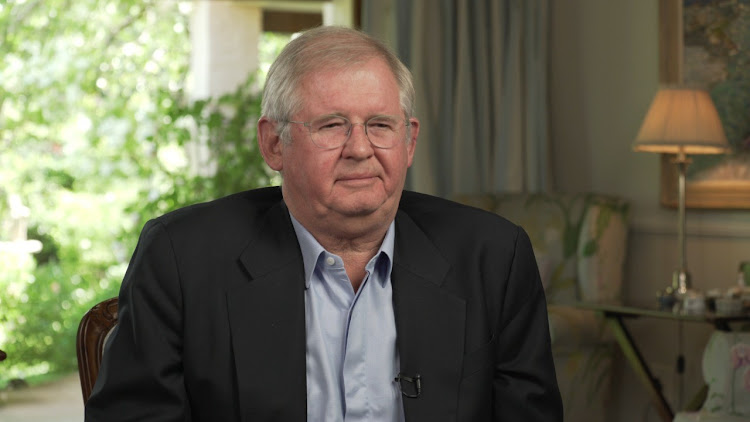 Jacko Maree is the non-executive deputy chairman at Standard Bank Group and the 2020 winner of the Lifetime Achiever accolade at the Sunday Times Top 100 Companies Awards.
Image: Supplied

The Covid-19 pandemic and consequent lockdowns have been an enormous setback for an already struggling SA economy, says Jacko Maree, the non-executive deputy chairman at Standard Bank Group and the 2020 winner of the Lifetime Achiever award at the Sunday Times Top 100 Companies Awards, futured by BCX.

“We all know that SA is in an incredibly difficult position right now with a smaller economy than at the end of 2019,” says Maree.

“Fewer people are employed, our debt ratios have deteriorated and there is very little growth occurring. On top of this, the unrest that took place in KwaZulu-Natal and parts of Gauteng in July were desperately unfortunate.”

However, SA’s climbing debt-to-GDP ratio is not Maree’s biggest concern. “At the 2020 Medium-Term Budget Policy Statement in October 2020, then-finance minister Tito Mboweni revealed that the government was borrowing at a rate of R2.1bn per day.

“My concern is that if we keep borrowing at these incredibly high levels, there will come a point when foreign and local lenders who are providing the funding will put their foot down and say enough is enough. The reality is that our fiscal position is completely unsustainable.”

The only way for SA to change its growth trajectory is to be investing 25% to 35% of its GDP in growth-generating initiatives such as infrastructure and productive capacity expansion. Anything less than that won’t move the needle, says Maree.

However, even moving the ratio to 25% requires R500bn each year of additional investment over and above what is already being invested into the economy. Of this figure, the government would need to invest an additional R165bn a year, with the balance coming from the private sector.

Despite myriad plans aiming to drive investment up to 30% of GDP, the reality is that SA is now close to just 15%. This, he argues, is not sufficient to address unemployment, inequality or significantly change the growth path of the economy.

“Competing objectives, including the proposed National Health Insurance (NHI) and a basic income grant, mean that the government has too many priorities and insufficient money to meet many of its objectives,” says Maree. “The government has to make some difficult choices, which it is struggling to make, particularly given that this has been an election year.”

The government is still borrowing more than R1bn a day. The interest on those borrowings means there is little left over to invest in the economy

Ideally, he says, the commodity windfall should have been used to repay debt and help get the country’s finances in order. “Unfortunately, however, the government is still borrowing more than R1bn a day. The interest on those borrowings means there is little left over to invest in the economy.”

While initiatives such as the NHI scheme and social grants might be socially desirable, the reality is that SA has no means of affording them a present. The only solution, says Maree, is much higher economic growth, resulting in more people being employed, which will in turn increase the government’s tax revenues.

“There is a direct relationship between economic growth and tax receipts. Social projects are funded through tax payments. If the government was well funded, it could spend much more, but this is now not an option.”

All South Africans should be concerned, he says. “SA can’t continue to rely on high commodity prices as these will eventually come down, and lowering interest rates to stimulate growth is also not a solution as it will create a long-term debt problem. Hope is not a strategy — we need to make tough choices within the country’s constrained financial position.”

As one of President Cyril Ramaphosa’s investment envoys, Maree has been at the front line of attracting investments to grow the economy.

“Business and investment confidence is driven by many factors,” he says. “For starters, business leaders need to be confident that their investments will generate good returns. High levels of crime and corruption are not conducive to business confidence. Not surprisingly, when we approach potential investors, they’re asking difficult questions, including how enabling our business regulations are.”

SA is poorly ranked in terms of global ease of doing business rankings and has made little progress in improving its standing. But putting business-friendly reforms in place is a tough political call in the SA context, says Maree.

“We’re stuck between a rock and hard place now. Business is very reliant on the government to make some bold moves and to clear the blockages that make it hard to do business and attract new investment.”

The more the government imposes well-intentioned but onerous conditions on companies, the less likely they are to invest or move quickly on investment decisions, he says.

Emphasising that the delay in the allocation of spectrum is debilitating, given how essential access to data and digital opportunities are to economic activity, Maree says the fact that the issue is now also tangled up in litigation is frustrating.

The dramatic easing of restrictions for self-generation of electricity in SA is a very positive signal to investors.
Image: 123RF/Vaclaw Volrab

That’s not to say there haven’t been some successes. The dramatic easing of restrictions for self-generation of electricity earlier in 2021 was a welcome reform and a positive signal to investors. “There is a huge opportunity for green energy projects and no shortage of funding available — so freeing up private sector participation really has been a no-brainer.”

Other successes have included the expansion of automotive manufacturing capacity, Amazon Web Services and Microsoft building data centres in SA to service Africa and the acquisition of Pioneer Foods by PepsiCo, to name but a few examples. Ultimately, however, we need much more fixed investment to move the growth needle.

While the government’s economic reconstruction and recovery plan released in October 2020 was a major step in the right direction, it will only be as good as its implementation and execution, says Maree. “If we could just get most of the things on that list done, it would be viewed very positively.

“Infrastructure SA has some great initiatives and we need to be prioritising five or so of the most important projects and prove that we can get them completed. Ideally, one of these five should be the Durban Port and the access links into the harbour.”

He feels prioritised projects should mostly focus on those that will have a positive economic impact. For example, building rural roads is desirable but won’t help economic growth to the same extent as improved port capacity. In a similar vein, ideology should not be allowed to stand in the way of the business-friendly policies which will enable the country’s economic recovery.

“SA’s saving grace is the strength of its private sector,” he says, adding that successful private sector businesses need to be cherished and nurtured.

Maree believes the only way out of the crisis in which SA finds itself is an investment-led recovery enabled by structural reforms to improve the ease of doing business. Growth and jobs will then follow. Recently improved tax collections have provided the government with a small window to get its act together.

With the "noise” of local government elections now behind us, Maree will no doubt be hoping that the ruling party is ready to make some tough decisions.

Join us online at the prestigious Sunday Times Top 100 Companies Awards, futured by BCX, where the 2021 Lifetime Achiever and Business Leader of the Year will be announced.

Also at the prestigious event, the BCX Digital Innovation Awards will recognise businesses that are helping to resolve SA's challenges.
Business Times
1 month ago

This article was paid for by BCX.