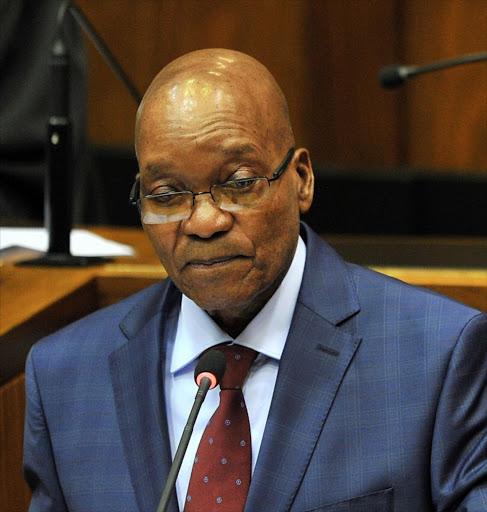 President Jacob Zuma and the ANC were deep in the pockets of French arms giant Thales.

This is according to explosive documents obtained exclusively by the Sunday Times that reveal how Thales fixer Ajay Sooklal allegedly arranged flights, fancy clothes, legal fees and lavish hotel stays in Europe for Zuma when he faced corruption charges linked to the arms deal.

The documents are transcripts of testimony given under oath before retired Judge Phillip Levinsohn at confidential arbitration hearings held earlier this year in a fee dispute between Sooklal and Thales.

The transcripts, totalling 1358 pages, provide a detailed account of Sooklal's work as a lawyer and secret fixer for Thales for six years.

Sooklal claims he is owed R70-million in outstanding fees. Thales has offered him R42-million.

Zuma declined to respond to detailed questions e-mailed to his spokesman Mac Maharaj this week.

"Anyone with information relating to the arms deal should bring it to the attention of the Seriti commission," Maharaj said. "The commission has been established specifically to deal with such allegations and rumours."

The commission resumes on October 6 with testimony from arms deal activist Terry Crawford-Browne.

The transcripts expose for the first time that:

As deputy president and head of government business at the time, Zuma was also expected to promote the French arms and electronic company's future business ventures in South Africa in return for his alleged bribe.

The arms company has since clinched several lucrative state contracts.

These include a R1.87-billion rail signalling contract in the Western Cape in 2013, a R100-million electronic ticketing system for the Gautrain in 2007 and a R95-million air traffic control maintenance contract in 2009 that did not go out to tender.

Despite a decade of court proceedings, Sooklal's is the first sworn testimony that Zuma personally signalled his acceptance of the bribe that led to Shaik's conviction. The code words used, "Eiffel Tower", has also never been revealed before.

The documents show Shaik proposed the bribe and code words to Alain Thetard, who headed Thint at the time. On March 11 2000 Shaik brought Thetard to see Zuma at King's House, his official residence in Durban, where he allegedly said: "I see the Eiffel Tower lights are shining today."

This was taken to mean Zuma had accepted the bribe offer. At the meeting Thetard jotted down the terms of the bribe agreement on a piece of paper he later gave to his personal assistant, who typed it up and sent it via encrypted fax to Thales's Paris and Mauritius offices. The fax became a crucial item of evidence and helped convict Shaik on corruption charges.

Two courts found that the King's House meeting in 2000 led to the first R250000 tranche of bribe money being released to Shaik.

The transcripts reveal the extent to which Thales had Zuma and the ANC in their pocket.

Sooklal, a politically connected former government official, was hired in 2003 to "make representations to the highest authorities in the land" to get corruption charges against Thales withdrawn and arrest warrants for its top executives uplifted soon after then-prosecutions boss Bulelani Ngcuka announced he would charge Shaik - and said there was a "prima facie" case of corruption against Zuma.

Sooklal was mandated by Thales to help Zuma beat his corruption charges. Zuma and Thint were only charged in November 2005, after Shaik was convicted of corruption.

Pierre Moynot, who replaced Thetard to head Thales's South African arm, allegedly told Zuma in Sooklal's presence: "Your clothes and your other outgoings anywhere in the world, I will pay for that."

Moynot allegedly handed the à1-million cheque to Msimang at his Waterkloof, Pretoria, home in Sooklal's presence. "Mr Msimang was quite happy with the cheque" and asked Moynot to thank his boss in Paris, said Sooklal.

Asked to comment on Sooklal's allegations, Moynot said Thales had hired him because he had "very good relations with the government" but accused him of "lying" in his testimony. "We realised very soon he was not a proper guy - he would do anything for money," Moynot said.

However, he confirmed that Thales had bankrolled Zuma's clothes, trips and legal fees and made a substantial donation to the ANC. "He had no money at the time. That's why we helped him," he said.

Thales wanted Zuma's prosecution "to be stopped as soon as possible. If he had lost, the company would have a lot of problems in his country and we would have had to leave."

There was nothing untoward in the ANC donation. "A lot of companies want to have good relations with the ANC and give them money from time to time." Asked to confirm the amount of à1-million, he said it was "something like that".

ANC spokesman Zizi Kodwa said "the ANC has got no record of such a donation. It's hearsay."

Sooklal's job with Thales ended after charges against Zuma and Thint were controversially withdrawn in April 2009 by prosecutions boss Mokotedi Mpshe, citing evidence of political interference contained in the so-called spy tapes.

Thales has declined to make any official comment, saying the arbitration matter was "sub judice at this stage". Sooklal said he would comment when the hearings ended. They are scheduled to continue this month.

Thetard and Msimang could not be reached for comment.