Tax u-turns on cards after probe into SARS rogue unit 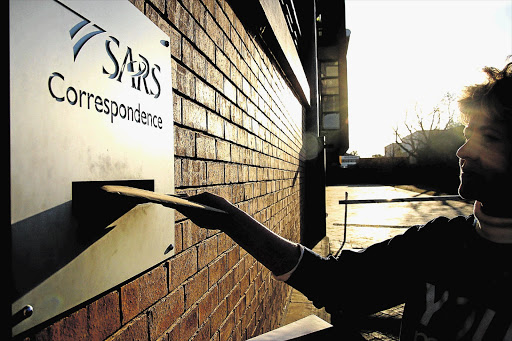 Tax settlements worth billions of rands risk being reversed as an independent investigation into a rogue spy unit rocked the South African Revenue Service this week.

Billionaire businessman Dave King is the most prominent among high-profile South Africans who could be slapped with far higher tax bills if their deals with the taxman are reviewed.

The findings of the investigation, carried out by a panel headed by Johannesburg advocate Muzi Sikhakhane, largely confirm reports by the Sunday Times over the past few months - and vociferously denied by SARS at the time - that the rogue unit engaged in a wide array of illegal tactics.

It found "prima facie evidence" that SARS operated a covert unit that illegally spied on the taxpayers it was investigating, including some it had cut deals with.

The result is that all deals reached in the past 10 years could be up for review, with potentially damaging consequences for SARS, long regarded as one of the government's "cleanest" and most effective agencies.

Prominent figures let off the hook by SARS for a fraction of their tax bills include billionaire businessmen King and Christo Wiese as well as political firebrand Julius Malema.

"There appear to be serious concerns about whether settlements concluded with taxpayers who were the subject of investigation were validly and properly concluded," the panel said in a report seen by Sunday Times reporters.

"SARS should conduct a forensic investigation into all the settlements concluded with taxpayers that had been under investigation since 2005," says the report.

The Sikhakhane report - handed to SARS commissioner Tom Moyane on November 5 - also recommends that President Jacob Zuma appoint a commission of inquiry to get to the bottom of the rot at SARS, or that the inspector-general of intelligence investigate "the activities and functions of this unit".

"The establishment of the unit without having the requisite statutory authority was indeed unlawful," the report says.

The Sunday Times has established that Pillay, who appointed the panel, was handed a new suspension notice on Friday for his role in setting up the illegal unit. He has until January 12 to respond.

The panel interviewed more than 25 former and current SARS employees. Its 98-page report confirms key aspects of a Sunday Times investigation into the rogue unit. These include prima facie evidence that:

"The existence of this unit had the real possibility of undermining the work of those agencies tasked with the investigation of organised crime and collection of intelligence," the report says.

The panel was initially tasked with investigating the conduct of top SARS investigator Johann van Loggerenberg after his former lover, Belinda Walter, lodged an official complaint that he had run a covert unit involved in the illegal interception of phone conversations and e-mails, and that he had unlawfully revealed taxpayer information to her.

The report said Van Loggerenberg was romantically involved with the Pretoria lawyer at a time when she chaired a tobacco industry association whose members "were the subject of pending investigations by SARS" in which he was directly involved.

Van Loggerenberg informed SARS of his relationship with Walter only four months after they started dating. The panel found their relationship constituted "a conflict in his role as an investigator" and criticised him for failing to report it timeously.

The panel was also critical of Van Loggerenberg for accepting donations for charitable causes, through his charity Wachizungu, from taxpayers who had "crossed swords" with SARS.

"It is inappropriate for a senior SARS official to be associated with a charity which is donated to, amongst others, by those he is responsible for investigating," the panel found.

Van Loggerenberg has since been suspended and faces possible dismissal.

The spy unit inside SARS underwent several name changes before it was known as the National Research Group. The report says it was established in 2007 by Pillay and later headed by Van Loggerenberg.

SARS initially wanted to create a special unit within the National Intelligence Agency dedicated to supplying the tax authority with intelligence to combat the illicit economy by infiltrating syndicates engaged in rhino horn, cigarette and drug smuggling. In February 2007, Pravin Gordhan, who was SARS commissioner at the time, obtained funding approval from the then finance minister, Trevor Manuel, for this unit to be housed in the NIA. Manuel approved a personnel budget of almost R50-million over three years.

"This is an activity for which SARS does not presently have the capability (including the legislative mandate to manage clandestine activity)," Pillay's memo to Manuel said.

The Sikhakhane report concludes that "even on SARS's own version, that unless [the] NIA co-operated, the establishment of such a unit would be an illegality".

Negotiations with the NIA "did not progress to a point where the plan became reality" - and SARS had already recruited members for its covert unit and started conducting intelligence work into organised crime, the report says .

It sketches a cloak-and-dagger atmosphere, with cells of operatives working in isolation to limit the risk of leaks, and members being given unorthodox orders they had to obey unquestioningly.

Unit members told investigators they had been involved in "what seemed like covert operations", including "electronic tracing of vehicles and surveillance of individuals".

Some members "had been asked by one of their handlers to pose as drivers to political figures like Mr Julius Malema and Mr Fikile Mbalula". They did not know how this was related to their tax functions but performed the tasks as they were told "never to ask questions".

The report says SARS executives tried to cover up the unit's continued existence - until it was exposed by this newspaper.

The unit was disbanded in 2009, then secretly revived with a small, six-member team comprising mostly former spies and police officers under a new name, the High Risk Investigation Unit.

"They remained in operation, unknown and unheard of, until they were exposed through the Sunday Times on 12 October 2014 following the romantic [falling out] between Mr Van Loggerenberg and Ms Walter," the report says.

Former unit members who went back to their normal day jobs at SARS "laboured under the impression that the [unit] had been totally disbanded. They only became aware through their colleagues who were still remaining that there had been a name change, but the unit continued to exist."

The panel describes what appeared to be an orchestrated cover-up.

"Even when the panel later confirmed [the unit's] existence through other sources, some of the relevant witnesses within SARS management presented what seemed like a rehearsed narrative whose object may have been [to] mislead the panel [and] present the existence of such unit in [a] positive and lawful light," the report says.

"This narrative ignored one simple legality imperative - that SARS cannot and should not engage in the intelligence or investigative functions which reside in other agencies of the state."

The panel was not able to prove that the rogue unit used telephone taps but says there is "sufficient evidence to justify a more extensive investigation into the question of the extent of [its] interception capacity".

SARS declined to comment on the Sikhakhane report as it "remains confidential", said spokesman Marika Muller.

Finance Minister Nhlanhla Nene issued a statement yesterday saying he had received the report and would announce steps he planned to take to deal with it by the end of January.

After initially providing the Sunday Times with a detailed response, Van Loggerenberg withdrew his comments yesterday "as instructed by my employer".