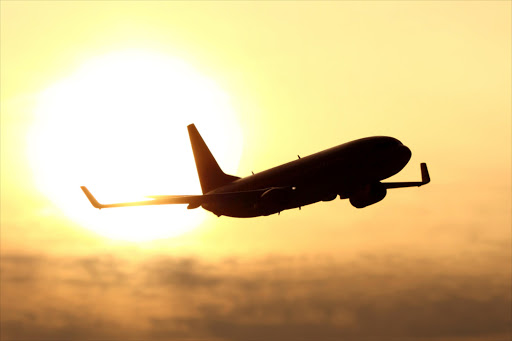 This emerges from documents obtained by the Sunday Times and secret cables released by television station Al Jazeera this week.

The spy cables include a 2010 "Operational Target Analysis on Iran" conducted by the National Intelligence Agency (NIA), which flags national carrier Iran Air as a "non official cover" for Iranian spies.

"Collaborators in these organisations are regularly used for intelligence activities," the report says.

South Africa enjoys strong diplomatic and commercial ties with Iran despite the country facing sanctions for its nuclear ambitions and accusations, especially from the US, that it sponsors terrorism.

The 30-page NIA report outlines a network of front companies and entities operating in South Africa, as well as efforts by Iranian agents to obtain aircraft and military equipment, including technology for its missile programme.

The Sunday Times has established that in at least one instance, aircraft sold through South African front companies dealing with Iran Air were eventually in the possession of another Iranian carrier, Meraj Airlines, which is suspected of ferrying weapons to Syria and Hezbollah.

A paper trail shows that Iran Air was also negotiating to buy the entire 15-aircraft fleet of Nationwide Airlines for R400-million, but that deal fell through.

Despite the misgivings of the South African intelligence community about Iran Air, officials in the Department of Trade and Industry were promoting deals between local companies and the Iranian carrier.

In February 2008 the then deputy director general of the trade and industry department, Iqbal Sharma, wrote a letter to Iran Air's head of planning, Hossein Mansourian, noting "the backdrop of our strong political relationship and growing economic relationship".

Sharma welcomed Mansourian's planned visit to South Africa later that year and said he'd be "very happy to meet with you" to discuss a business venture with a local company. The visit never materialised, but some of the deals did.

Selling planes to an alleged rogue state that would use them to ferry weapons to Middle East hot spots, the players knew they had to set up a complex web of front companies to hide the ultimate buyers.

In 2009 Tigris clinched a deal worth almost R2 billion to buy six airbuses from South China Airlines and sell them to Iran Air.

A paper trail of court filings, e-mails, bank guarantees, letters of credit and aircraft valuations shows the aircraft would be owned by other South African registered companies that would export them to Iran, with funding guarantees issued by a Danish bank to a cosmetics company registered in Kish Island, Iran.

The South African companies would be shut down as soon as the planes were delivered to Iran.

A commercial dispute resulted in only one plane, an Airbus A300-600 with the construction number MSN 762, being delivered to Iran on December 18 2009.

In 2012 MSN 762 it was transferred to Meraj Airlines, which the US Treasury sanctioned last year after evidence was found it was being used to ferry arms to Syria.  Some of the weapons landed up in Lebanon with Hezbollah, designated as a terror group by the US and other countries.

Koolhaas and Venter could not be reached for comment.

Sharma said this week he had no idea at the time of his dealings with Iran Air that it was an alleged intelligence front. "If we'd known there's no way we would have dealt with them."

The Iranian embassy asked for questions to be e-mailed but did not respond to them by the time of going to press.

The spy cables include a note in November 2009 from MI6, the British foreign secret service, that points out that plans by an Iranian front company to buy "furnaces and accessories" for its ballistic missile programme from a Johannesburg-based company were at an advanced stage.

The intelligence note also refers to payments of up to $1-million to the company, Electric Resistance Furnaces SA (Erfco), between 2007 and 2009 by entities linked to the Iranian defence industry.

The flood of intelligence cables released by Al Jazeera this week provide unprecedented insights into the murky world of global espionage centred on South Africa, revealing what our spies consider threats to national security, illicit arms and nuclear deals with rogue states and assassination plots.

One cable refers to a plot to kill African Union chairwoman Nkosazana-Dlamini Zuma, others to warnings by foreign intelligence agencies of Al-Qaeda threats and rogue actions by Mossad agents in Africa.