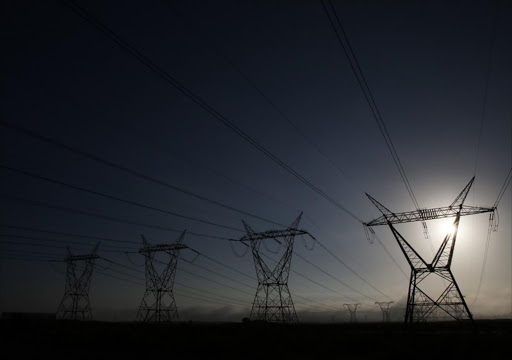 A dentist and a beautician are two of the unlikely beneficiaries of multimillion-rand contracts that Eskom handed out to supply diesel for its power generators.

The shocking revelation comes in a week in which four senior Eskom officials were suspended pending an inquiry into a range of issues behind South Africa's ongoing power crisis.

The companies were among the suppliers roped in to deliver tens of millions of rands worth of diesel desperately needed to keep the generators running and avoid costly blackouts amid a deepening electricity crisis.

While Eskom has contracts with major oil suppliers, including PetroSA, the company at times sources diesel from oil traders to maintain security of supply.

KEKOIL and Kamoso were relatively new to the energy sector at the time of getting the deals and did not meet Eskom's broad-based black economic empowerment criteria.

Nkosi has been involved in the fuel business for five years. She also ran a beauty parlour with branches in northern Johannesburg, according to her website.

The high cost of diesel was one of the issues raised during a dramatic boardroom meeting on Wednesday between Eskom's top executives and Public Enterprises Minister Lynne Brown. The tense meeting at Megawatt Park in Johannesburg lasted an hour and a half.

In an interview with the Sunday Times after Wednesday's dramatic move, Brown expressed her frustration with the situation.

"I just can't give credible information because I don't have it. I have now spent 10 months listening to the public and the business sector raising their complaints and as the shareholder - representing more than 50 million South Africans - I am very frustrated," she said.

"We cannot continue to have a situation where electricity plants just go off line unplanned. I have been asking for a maintenance plan for such a long time now.

"We have a beautiful, impressive control room for Eskom. Surely they should be able to tell us what their maintenance plan is?

"I have been in a very frustrating position. According to the Companies Act, I cannot interfere with operational issues. It may have been wrong of me to want to address the board. The board was right in pointing that out, but I am worried. It is my job, representing millions of South Africans, to ensure that their cries are heard. And I was worried that the Eskom corporate plan merely continues with business as usual, adding in things the entity wants to do in the next year, building on past reports, as if we are not facing a massive problem.

"So, on Wednesday, I asked the board to go into committee so that I, as the shareholder, could converse with them. They agreed, although they were - correctly - adamant that I could not interfere with their job. I spoke for about half an hour about the frustrations with the power stations not coming online, the maintenance issue, the true financial position of Eskom, the investigation into the accident at the Majuba power station and so forth.

"The board, in turn, raised issues like the effect of outstanding municipal debt on Eskom, the fact that they do not have reports from the war room, and other matters. I told them that Eskom managers have access to the war room and that they should be reporting the situation to the board," she said.

Brown continued: "At about 11.30, I left and told them I would be around if they needed me for clarification on any issues. I went to a nearby shopping mall for coffee and lunch. After a very long meeting, which I did not attend any further, I was called after 9pm with the board's decision to suspend the four officials, and I duly informed President Jacob Zuma."

This week, Kekana confirmed in a telephone interview that she supplied diesel to Eskom and that she was "a dentist by profession", but denied that she did not meet Eskom's BBBEE criteria.

She insisted she was not the only supplier delivering diesel on the basis of a procurement order.

"We are thousands and thousands [of people] who got those POs. Are you phoning everybody who got them?" Kekana asked.

"I have always been in this business, from 2008. Before that I was working at my surgery."

Kekana confirmed she was the sole director and shareholder of KEKOIL. She maintained she met the BBBEE criteria because her company is "100% owned by a black woman and I've got employees".

She declined to say how many employees she had.

In an e-mail later sent to Sunday Times reporters, Kekana dismissed the paper's questions as "sensationalist allegations" and threatened to sue for defamation and invasion of her privacy and that of her company.

"I expressly and emphatically advise that if or when any of these false and sensationalist allegations/accusations with regards to myself and KEKOIL are published by yourself or any of your subsidiaries, I will expediently revert the matter to my legal counsel with a claim on the basis of defamation of character," she said.

"I expressly and emphatically deny you, your publication and any other subsidiaries the use of my name, the name of KEKOIL and any likeness thereof in any way shape or form and in any and all publications. If you proceed to so use the aforementioned, I will revert the matter to legal counsel."

Kekana refused to answer further questions on her BBBEE status because "I am not the correct person to comment on such".

Nkosi, the beautician, said of her Eskom deal that "we have supplied them with diesel" but "we don't have like a formal contract".

KEKOIL and Kamoso confirmed they were among the bidders for a multimillion-rand tender to supply diesel to Eskom's Ankerlig power station at Atlantis in the Western Cape.

Eskom yesterday confirmed in an e-mailed statement that the enquiry, which will be co-ordinated by Nick Linnell, a lawyer, will start next week.

"We wish to state that this inquiry is not directed at any particular individual or group but that it merely seeks to ensure that the current challenges faced by the company are addressed."

Eskom said that the new board was "very decisive" and wanted to establish a baseline for itself "to test the authenticity of all the information that has been presented to it".

It said the board felt it prudent to get an independent view of the poor performance of generation plants, delays in bringing the new generation plant on stream, the high costs of primary energy, and cash flow challenges. - Additional reporting by Thabo Mokone