Mission to Marry! How the Guptas pulled out all the stops for Duduzane's wedding 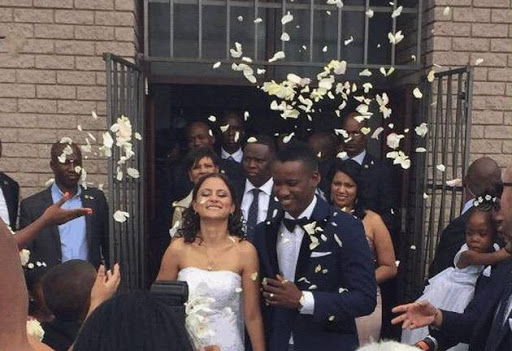 Leaked emails show how the Gupta family pulled out all the stops to stage a lavish wedding for their business partner and President Jacob Zuma’s son‚ Duduzane Zuma‚ with their company‚ Sahara‚ even footing some of the bills for the wedding.

Duduzane married Shanice Stork in Durban in May 2015 at a wedding ceremony at the Fairmont Hotel‚ Zimbali‚ followed by a traditional ceremony at his father’s homestead in Nkandla.

The leaked emails give an insight into the close relationship between the Guptas and the president’s son which has long been a subject of controversy.

The plans for the wedding were handled at the top with the Guptas appointing Oakbay acting CEO Ronica Ragavan the “technical point of contact with suppliers and service providers”. Gupta attorneys were roped in to deal with contracts and payments while Ragavan handled drawing up plans for the fancy function‚ “venue liaison and marquee dimensions and drawings etc”.

Documents show that the Gupta family companies paid more than half a million rand for a stage and lighting for the event which included a three-metre floating stage in the massive pool at Zimbali.

A special stage had to be erected with an aisle on the water for the bridal party to walk along with a canopy draped in flowers in the middle.

They also were billed about R700‚000 for the renting of a full glass marquee for the event. Emails show that the Fairmont Zimbali charged them around R3‚000 per person for guests to stay overnight at the hotel. Sahara CEO Ashu Chawla and Ragavan dealt with wedding favours options too.

There was a choice of three tea gift options to give guests at the wedding. The prices for the wedding favours ranged from R225 per gift to R900.

Attempts to get comment from Duduzane and the Guptas were unsuccessful. Last year‚ President Zuma defended Duduzane’s relationship with the Guptas‚ telling an ANC meeting in the Eastern Cape that his “desperate” son‚ Duduzane had struggled to secure a job as an intern because of his association with the then-deputy president of the ANC.

At the time it was reported that Zuma said the Guptas rescued Duduzane and hired him. Last year‚ before leaving office‚ former public protector Thuli Madonsela was investigating an allegation that the Guptas had made Duduzane a billionaire.