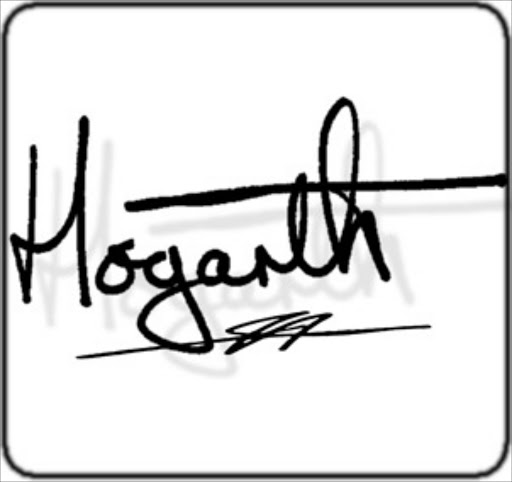 Wherein obscurely Caesar's ambition shall be glanced at

WEE Julius Malema took a holiday this week- not to Zimbabwe, Cuba or Venezuela, but to Italy, the heart of the Old World.

It was an inspired choice. Prime Minister Silvio Berlusconi is the perfect role model for a young man on the make. He has been sworn in four times and served longer than any current G8 leader. He is a self-made billionaire with alleged Mafia links. He controls 90% of his country's television broadcasters. He has dodged, been acquitted or delayed prosecution in at least 20 separate trials ranging from drug trafficking, corruption and false accounting to sex with a minor.

He has weathered scandals over his comments about rape, race and poverty. He throws "bunga bunga" parties where girls are paid thousands of euros as gifts. And he is convinced that every other world leader wants to be more like him.

Berlusconi also manages one of the world's slowest growing economies, beating only Zimbabwe and Haiti. But with a debt to GDP ratio of 120% to South Africa's 35%, he proves you can borrow out of trouble.

Of course, Italians have just voted overwhelmingly to repudiate several of his policies and to reverse the special immunity law that keeps him out of jail. But Wee Julius can learn from that, too.

A LOT of men and women in red shirts were jolly cross that Wee Julius preferred Italy to the Cosatu congress, where some choice words were said about "populist demagoguery". The self-styled "fearless fighter" was "there in spirit", they heard.

WEE Julius was on the mailing list for tenderpreneur Sthembiso Buthelezi's appeal for a worthy programme to help youngsters in prison.

"I also would (like) to congratulate myself for getting bronze on the awards of Future100 last week held in Gauteng," Buthelezi added.

GODZILLE, the leader of those desperately seeking an alternative, said in her blog this week that Wee Julius's re-election was a setback for democracy. But democracy, Ms Zille argued, was like a sausage: if you want to enjoy the taste, don't watch it being made.

Van Schalkwyk is the minister of tourism, but he's no billboard for our country or our culture. If Zuma couldn't spare a wife, Hogarth suggests Princess Sisulu would at least have known what to wear and how to wear it.

NO more papers blowing away in the breeze for Cosatu boss Zwelinzima Vavi. He read the resolutions from the federation's central committee meeting in Midrand from his iPad. All together now: an iPad to one is an iPad to all.

WHEN the ANC's Gwede Mantashe was asked about Vavi's call for a firmer Zuma hand on the tiller, he responded: "When people want to make a Mandela or Mbeki or a Tambo out of Zuma, they will not succeed because he will not (change)."

THE ANC's enforcer on the secrets bill committee, Luwellyn Landers, said he had proposed a retreat from the draconian original after a senior ANC leader asked him: "Luwellyn, what the hell are you doing?"

Wasn't that what the rest of the country had been asking for the past year?

THE SA National Taxi Council's new airline takes off in November with rank-to-rank services between Gauteng and Bisho. "I can assure you we won't allow our taxi drivers to drive (the planes)," said Santaco's Nkululeko Buthelezi. Good, but could the pilots please drive the taxis?