'AU is not being taken seriously by the developed countries' 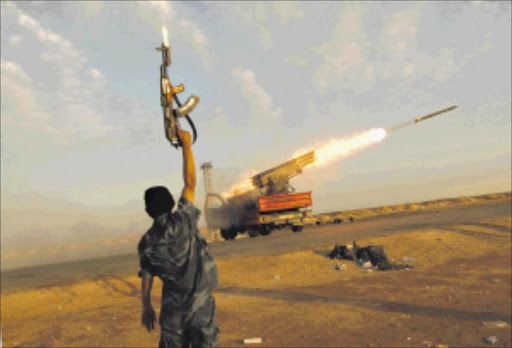 Inaction by the African Union on Libya has plunged the organisation into disarray Picture: REUTERS

President Jacob Zuma has once again lashed out at the Nato-led military intervention in Libya, saying it amounted to undermining the African Union.

He was speaking exclusively to Scott MacLeod, editor of the Cairo Review, a quarterly journal of the school of global affairs and public policy at the American University in Cairo, Egypt.

Zuma - who is leading an AU delegation tasked with intervening in the conflict - said the continental body and its members had been reduced to mere spectators in the ensuing Libyan conflict when they should be playing a more prominent role.

According to him, the AU had come up with concrete proposals which could pave the way for talks that could lead to a cease-fire and a negotiated settlement, but these were being ignored.

"The manner in which we are handling the Libyan question is beginning to introduce a feeling that the AU is not regarded seriously by the developed countries.

"Here is a situation where the AU has the most advanced proposal on the table to bring about peace and stability, (but) there doesn't seem to be a good connection," he said.

SA was one of the countries that voted in favour of UN resolution 1973 in support of military intervention in Libya after pro-democracy demonstrations were violently crushed by the country's ruler, Muammar Gaddafi.

But the Pretoria government has lately been critical of the level of bombardment of Gaddafi targets, including hits on his compound by Nato jets, saying this amounted to regime change.

Zuma said he would be returning to Libya in his capacity as president of South Africa to try to convince both sides to again return to the negotiating table.

The AU delegation has put forward a number of proposals to try to end the conflict, but the National Transitional Council - which represents the Libyan rebels from their stronghold in the eastern city of Benghazi - has rejected any deal that could see Gaddafi remaining in power.

Asked if Gaddafi could be persuaded to step aside, Zuma said he was confident the Libyan leader would accept any solution that brought about peace.

"Knowing him I think we would be able to discuss some things that could perhaps help move towards resolving the problem," he said.

Zuma also expressed some frustrations at the slow pace of resolving the crisis in Zimbabwe and ensuring that both parties stick to the terms of the global political agreement.

"I think to some degree we never thought it would reach this point. We thought by this time we would have resolved the situation in Zimbabwe. I think we have made progress in Zimbabwe," he said.

He added that South Africa's acceptance into the Brazil, Russia, India and China grouping (Brics) had given it strategic allies in the battle to reform institutions such as the UN Security Council, the International Monetary Fund and the World Bank. - Staff Reporter

For the full transcript of the interview please go to www.thecairoreview.com