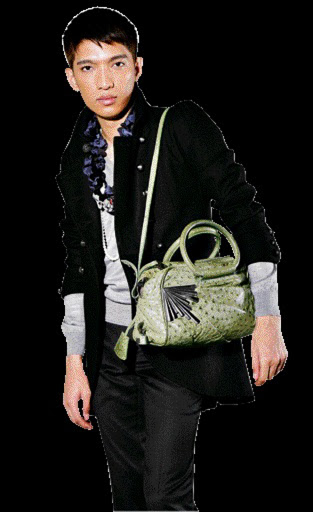 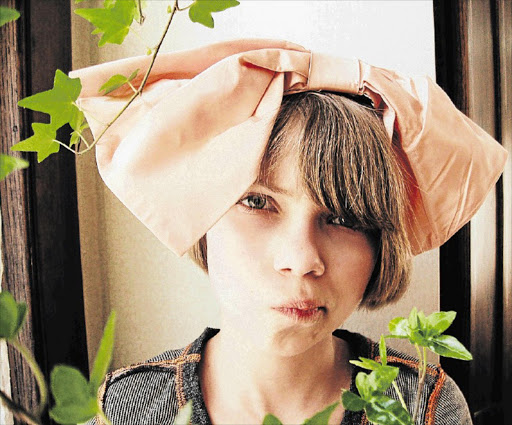 We're tucking into dim sum at So Yum, the chi chi take on yum cha at Hyde Park Shopping Centre and when my companion and I make our way to the parking lot for a smoke we notice the stares.

They're probably not because the other diners are part of this 25-year-old's 153000-odd followers on Twitter. Nah, they were more likely just gobsmacked by his ensemble: buttoned-up-to-the-neck white Prada shirt teamed with custom-tailored shorts, H&M belt with rainbow coloured Solemates and mismatched socks peeping out of Marc by Marc Jacobs sandals. All finished off with a leopard-print anorak from Valentino.

Fashion and digital cognoscenti regard BryanBoy (real name: Bryan Grey Yambao) as one of the biggest names in the blogosphere. The boy from Manila who started blogging from the bedroom in his parents' home attracts, on average, 120000 eyeballs to his site everyday (visits increase to between 180000 to 200000 during fashion week, he says).

The former web developer is part of an elite group who are being fawned by the media and designers alike, with features in Vogue and front-row seats at the biggest fashion shows.

BryanBoy, who was in town courtesy of Marie Claire magazine and Sunglass Hut (he conducted bloggers workshops and handed over the Best Fashion Blog Award at this year's Marie Claire Prix d'Excellence de la Mode Awards) says the secret to his appeal is that he remains true to himself, and to what he likes and experiences.

It all dates back to 2006 and taking a trip to see snow for the first time. Rather than document it via e-mail and postcards he decided to blog it for his loved ones.

His first entry? The bane of excess luggage. He started off with 15 visitors and by the time he had returned to the Philippines, he was attracting 800 visitors.

"The biggest punch-line back then was when people e-mailed: 'Who is this crazy faggot on the internet?'"

Then, bored in the wee hours one day, he was intrigued by the fuss over Marc Jacobs showing a collection three hours late. Inspired by an online video called Leave Britney Alone, he assembled his collection of Louis Vuitton and Marc Jacobs bags, switched on the webcam and created his own little parody, Leave Marc Jacobs Alone. Five minutes later Jacobs had e-mailed him, and six months later had named the BB Bag after him. BryanBoy was an internet sensation.

While bloggers are regarded with some disdain by the mainstream fashion media, Vogue editor Anna Wintour is quoted as saying: "We love as much coverage of fashion as possible. But maybe some bloggers and some newcomers to this world have a little bit less experience of [it] but as I said, the more the merrier. We embrace it."

BryanBoy is a huge fan of Wintour - he featured in a breakthrough shoot on bloggers in a Vogue issue - and emphasises that he doesn't see his job as competing against the glossies. "I hate it when the media label bloggers future fashion journalists. This is a different medium. I see my blog as a shake - you put all these amazing elements inside a blender and mix it all up and, if it's good, my numbers go up."

The digital age has also shaken up the fashion world. Fashion houses used to show collections nine months before they appeared in stores, giving the magazines exclusive previews and allowing buyers to place their orders early. Now, an image posted by a blogger at the front row of a fashion show is instantly available transmitted to hundreds of thousands of fans.

"To me the beauty of fashion is that it creates fantasy, it creates desire. And you don't really have any desire anymore because everything is right there in front of you," BryanBoy admits.

As a result, he says he now takes a more laid-back approach to what he posts. "Before, it was like a competition: I've got to upload this right now. But now I blog only about things that are already in stores, that people can actually buy.

And getting them to buy is good for BryanBoy too. "Net-a-Porter is one of my biggest advertisers and I get a commission every time someone buys something from my link," he explains.