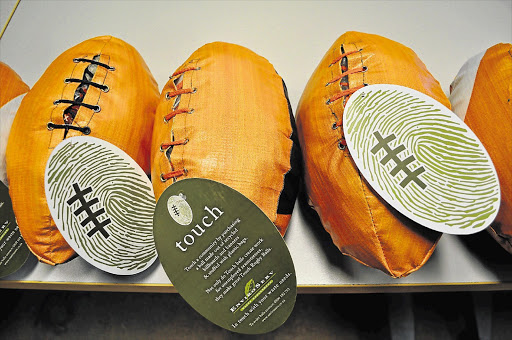 Upwards of 20000 volunteers trawled the length of South Africa's coastline yesterday to celebrate International Coastal Clean-up Day, liberating our beaches from thousands of kilograms of trash. But where does all this gemors come from?

Organised by the Department of Environmental Affairs, KZN Wildlife and Plastics SA, last year's Clean-up Day collected more than 63000kg of rubbish, yet - just a year later - the coast was shuddering under the weight of all that stuff all over again.

Each year, Clean-up Day's organisers draw up inventories of litter collected by official volunteers: not only do these make for revealing insights into the source of this seemingly unyielding stream of waste, they also award the nation with a dubious distinction.

Based on the inventories of 152 countries that take part in International Coastal Clean-up Day, "no country picks up more condoms than SA", reveals John Kieser, Clean-up Day coordinator for the Cape provinces. "Last year we picked up 337 condoms on Northern, Western and Eastern Cape beaches."

So, are South Africans the world's most devoted beach canoodlers? An associate professor at the Percy FitzPatrick Institute of African Ornithology, Peter Ryan has been studying the impact of coastal pollution on birds for two decades. He explains: "Twenty years ago you saw stuff coming off ships. Now it's pretty widely accepted that most of it, including condoms, comes out of stormwater drains and rivers and washes up on the beach."

"A coastal cleanup is like a mirror for the environment we live in," says Kieser. "Plastic utensils appeared in the top 10 for the first time last year, pointing towards South Africans' rising dependence on fast food. We also saw more of those silly film bags cashiers use to wrap your frozen groceries in."

The items recorded by Clean-up Day volunteers did not include anything gathered by people who did not officially sign up to the event, meaning the amount of litter might have been far higher than figures suggest.

In KwaZulu-Natal, volunteers picked up 36789 caps and lids, followed by 21631 cigarette filters and 15689 bait containers.

Either way, Clean-up Day's inventories are a good indicator of where coastal-management programmes might target their public-awareness efforts.

"The challenge is to stop plastic getting into the environment," says Ryan. "Spending money to pick it up after the fact is not an efficient way to deal with the problem. You should educate people not to litter. People shove their rubbish down stormwater drains because there's no rubbish bin within 3m, so that's the problem. Putting in more effort and employing more people to sweep beaches is just stupid."