The girl who had everything 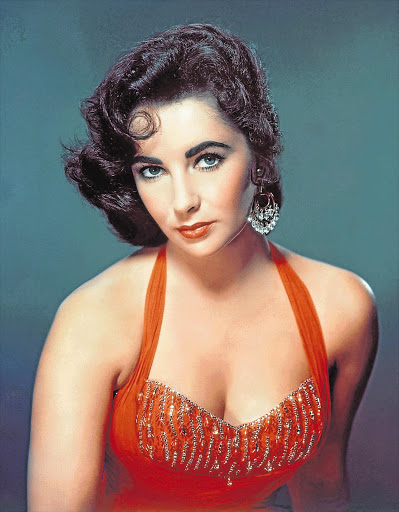 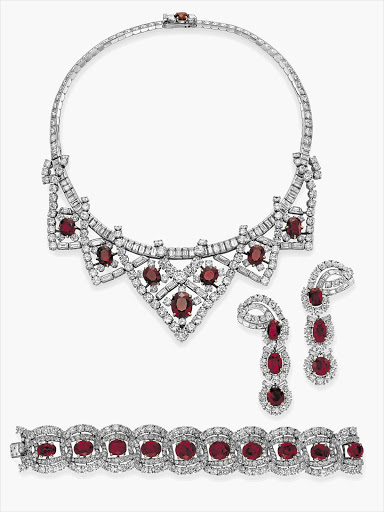 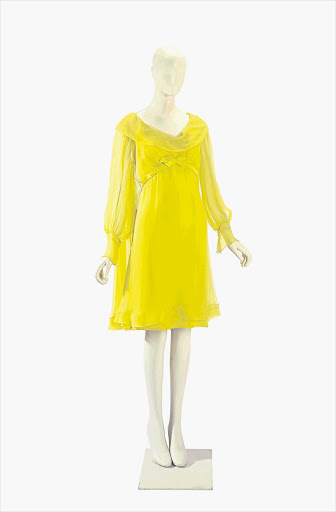 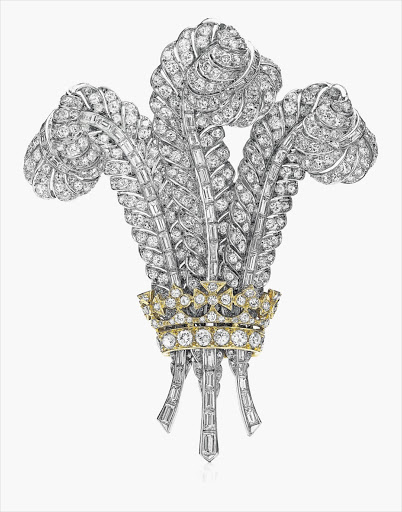 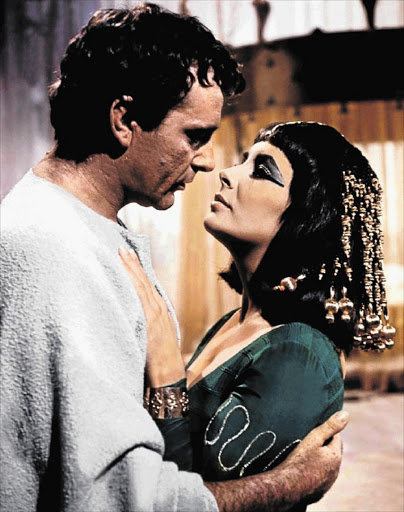 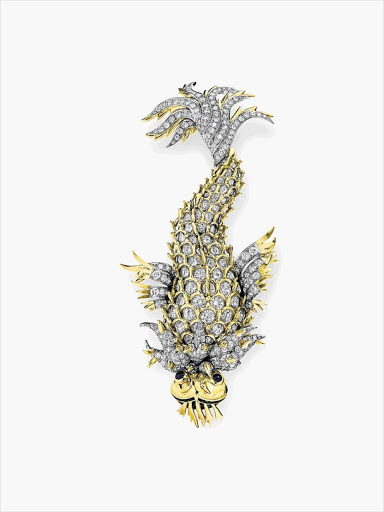 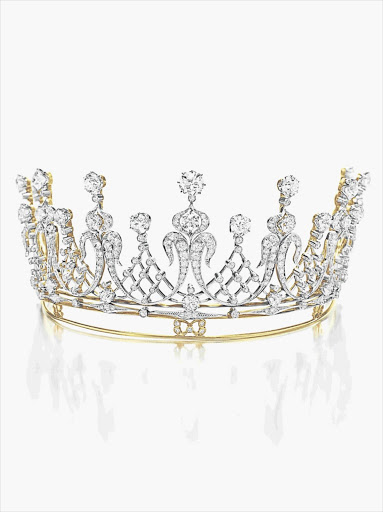 In my job as a fashion curator for Christie's, I have been lucky enough to see close at hand the private clothes of some of the 20th century's most famous women.

When I went to see Diana, Princess of Wales, to discuss a sale of her clothes for charity, her butler let me into Kensington Palace and left me waiting nervously in the Equerries' Room before I was taken up to the Princess's drawing-room, filled with several racks of ballgowns, and the Princess, dressed in jeans and a white T-shirt.

When I started to curate the Marilyn Monroe sale in 1999, I descended in a freight lift to a high-security lock-up four storeys below the Christie's New York HQ in the Rockefeller Centre, which held the entire contents of Monroe's bungalow, boxed up after her death over 30 years before, including the "Happy birthday, Mr President" dress.

Now here was my latest rabbit-hole: a tiny black door framed in black granite, puncturing the windowless facade of an art-handling warehouse in Long Island, New York. I was Alice again, diving down to explore the possessions of another 20th-century icon: the soon-to-be-dispersed jewels, fashion and memorabilia of the last of the great Hollywood Golden Age superstars, Elizabeth Taylor.

What met my eyes was rack upon rack of Taylor's clothes, stretching into the far distance. These racks were packed so tightly that hems, frills, collars and belts stuck out; her collection of clothes in bright orange, sequins, prints, sunflower-yellow, lace and feathers were hung in the order they had been unpacked from her house in Bel Air and her chalet in Gstaad. Handbags - more than 200 - emerged one by one from many crates. I was looking at the wardrobe of a woman who was the first truly global superstar.

We followed her life, her marriages, her illnesses and her triumphs as if they were episodes in a glorious soap opera; here was a woman who once said she couldn't remember a day when she wasn't famous. Hollywood in the 1940s and 1950s was an ultra-conservative town. Studios and their bosses ruled the film roost. Young starlets signed morality clauses, went out on carefully orchestrated dates arranged by the studio and were home by 10pm. They were dressed off-screen like dour middle-aged housewives at a tea party in the Midwest.

Taylor was brought up on this scene, a child at the charm school of MGM, soon to become a child star after she made National Velvet, being whirled around the studios by her ambitious mother.

Couturiers dressed private clients, the emphasis being on private, virtually handmade clothes. Stars might call upon the services of a leading costume designer, as Monroe did with William Travilla.

Taylor was different. She didn't use the services of stylists to present "Elizabeth Taylor" because there weren't any; nor did she raid MGM's wardrobe. As soon as she could afford to, when she was about 20, soon after her first marriage to Conrad Hilton, she chose and bought everything herself from couture designers in Paris and, later, Italy.

She knew a great deal about clothes, the way they were made, how they should fit and, most importantly of all, what message they could give out.

As I went through the racks of clothes, it became apparent that here was a vast haute couture and prêt-à-porter wardrobe spanning more than 50 years; Taylor must have been one of the greatest couture clients of all time.

Her handbags were swathed in tissue paper or in specially made bags and stacked neatly by colour. So were her shoes and the more than 30 pairs of cowboy boots.

My first trawl through the racks was adding up to a major voyage of fashion discovery. Frankly, I do not know how she stored everything because there were more than 1000 pieces, handbags and an avalanche of costume jewellery. It is fortuitous for us - the wider public - that she did, as a large proportion of these pieces will now be offered in an online auction with accessible estimates from $100.

Taylor's other passion, of course, was her jewels. Her collection spans more than 50 years of acquiring jewels at a pace, and to heights, previously achieved only by royalty such as Marie Antoinette . The Elizabeth Taylor diamond, a whopping 33.29 carats, was given to her by Richard Burton, one of the two great loves of her life.

Mike Todd, her third husband, may be said to have built the foundations of her jewellery collection; first he gave his wife, even in the late 1950s laying just claim to the "Queen of Hollywood" tag, an antique diamond tiara, in which she not only went out to dinner and to formal events but also wore swimming or washing up, as the mood took her.

The famous story of Todd's next addition to the collection took place at the swimming pool of the fabulous La Fiorentina villa on Cap Ferrat, owned by the notorious Enid, Countess of Kenmare, that they were renting one summer. As Taylor was swimming around in the tiara, Todd came up holding a jewellery box.

Opening it, he handed her a sublime Burmese ruby and diamond bib necklace by Cartier. She put it on. He handed her a bracelet to match and fastened it around her wrist. Finally came the drop earrings. Fifty years later, Taylor remembered that, "since there was no mirror, I had to look into the water; the jewellery was so glorious, rippling red on blue, just like a painting. I just shrieked with joy and pulled Mike into the pool with me. How many women get a set of rubies just for doing something wholesome like swimming laps?"

The superb collection of couture Dior we discovered dated from the early 1960s, the period in Taylor's life after Todd had been killed in a plane crash, just over a year after they had married. Primarily she chose Dior to make her formal dresses in fondant colours, both plain and beautifully embroidered, which she wore through the 1960s.

Other major couturiers on her fashion route through the 1960s were Chanel, Givenchy and Italian maestro Valentino, whom she had discovered when he first opened his couture business in Rome at the time she was making Cleopatra - and colliding with Richard Burton.

"Liz and Dick", as they became known to the world's press, married in 1964. Burton once described Taylor as being "beautiful beyond the dreams of pornography".

"I introduced Elizabeth to beer and she introduced me to Bulgari," said Burton; he was always buying her what he called "I love you" pieces. These tokens of affection included a sublime invisibly set sapphire and diamond sautoir, the centrepiece of which was an enormous cabochon sapphire.

Another extraordinary piece of jewellery she owned is the La Peregrina tear-shaped pearl, a Valentine's Day present from Burton. Both Taylor and Burton were fascinated by the history of jewels and La Peregrina certainly has history in spades. Discovered in the early 16th century, it first made its appearance in the royal coffers in Spain; Velásquez painted both Queen Margarita and her daughter-in-law, Queen Isabella, wearing it while riding.

The Burtons had it suspended from a magnificent natural pearl-and-ruby sautoir by Cartier on which it still hangs, supported by its original 16th-century diamond bail.

The Prince of Wales's feathers, a diamond brooch given to the Duchess of Windsor by the Duke, had always fascinated Taylor, for she often saw the Duchess wearing it when they met for lunch in Paris. She bought it at the sale of the Windsor jewels in Geneva in 1987, bidding for it on the telephone while sitting in a white swimsuit and white turban on a lounger by her pool in Bel Air. She just had to have it. Of course she did.

At the same time as she was moving out of the kaftan period, her Studio 54 friend Andy Warhol was beginning to turn her dramatic and virtually unchanging, always recognisable raven, beauty into a contemporary art icon with his "Liz" series. "It would be very glamorous to be reincarnated as a big ring on Elizabeth Taylor's finger," Warhol mused, wistfully. The Red Liz lithograph that hung in her drawing-room, dedicated to her personally by Warhol, is included in the sale.

The art in Taylor's collection is a reminder that her father, Francis, was an art dealer, and moreover one of Augustus John's dealers before World War 2. He introduced many collectors in Hollywood to John's work and left Taylor some very beautiful portraits that hung in her drawing-room.

She was still buying clothes right up until she went into hospital for the last time, more often than not in her favourite sunflower-yellow, red or lilac. In a black-and-white world of flickering images, Taylor, the beauty with the lavender eyes, was always a technicolour star.