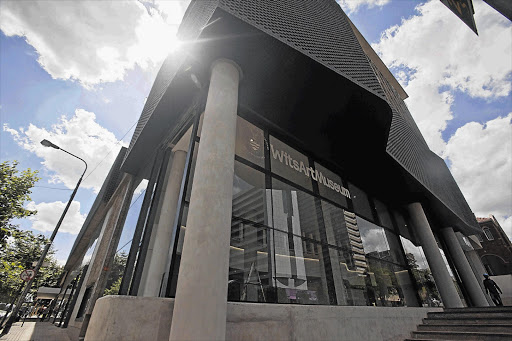 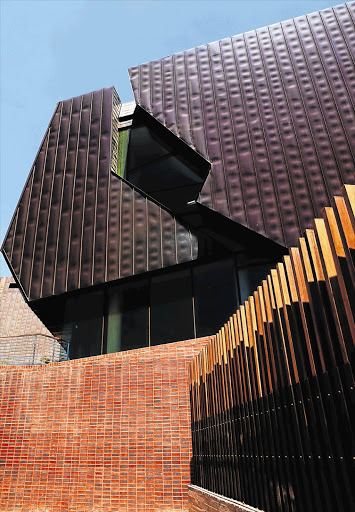 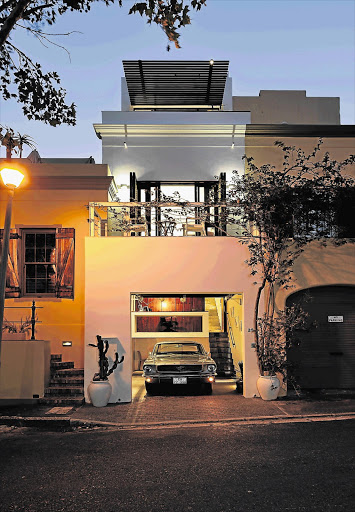 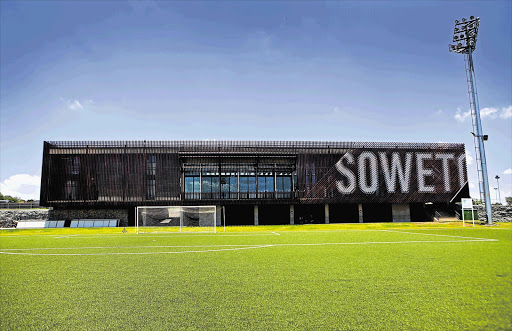 There has been great excitement about South African buildings this year, writes Andrea Nagel

IN DOWNTOWN Johannesburg, Braamfontein is being reborn, in part by Adam Levy, who runs the property development company Play Braamfontein, and by the South Point group, mainly responsible for student accommodation but who also own Randlords rooftop bar and lounge and the Lamunu inner-city hotel.

One of the jewels in Braamfontein's new crown is the Wits Art Museum which contains an extensive collection of works from west, central and southern Africa.

Architects Fiona Garson, Nina Cohen and William Martinson won an architectural competition to design the art museum for the university.

''The idea is to express the weight of the collection as if it were a treasure chest suspended above the open spaces of the gallery," said Garson.

According to the architects, the site is a place where the University of the Witwatersrand shakes hands with the city, providing a gateway between the university and the surrounding urban bustle. The building is expected to be opened to the public in May next year.

Further north, on a 52-hectare site on Salvokop in Pretoria, is a hill with a spectacular panorama of the capital city and its famous landmarks, including the Voortrekker Monument. The hills and the surrounding grounds of the site have been claimed as a monument to democracy called Freedom Park.

The exhibition space, or //hapo (pronounced "klapo" with a Khoisan click), is a series of haphazard shapes conceived to resemble boulders. The steel structure of the impressive monolith is overlaid with a copper shell that will tarnish over the years to blend with the surrounding hills, resembling the way that moss covers stones.

Narrowly missing a first prize in the Civic and Community category of the 2011 World Architecture Festival in Barcelona, the much-talked-about Nike Football Training Centre in Soweto was also in the running for the Open Buildings People's Choice Award.

The centre is made up of a clubhouse, a wellness centre, HIV/Aids testing facility and elite training facilities, including four pitches, a physio room and a gymnasium. Completed by Canadian architects Rural/ Urban/ Fantasy, this state-of-the-art facility has messages of inspiration all over the grounds.

''The centre is about more than just imparting soccer skills. It is about inspiring the players in all aspects of their lives," said Nike's Seruscka Naidoo.

Known as The Cellar in the Sky, Waterkloof is perched on the slopes of the Schapenberg range near Somerset West. The 10m high glass promontory overlooks the valley below and is the front facade of a building that houses a wine tasting lounge, fine dining restaurant and cellar. Castle Rock Design, an Australian-based company, won the commission for the building.

Mitch Hayhow, director of Castle Rock Design, said: "Waterkloof is committed to making elegant wines in the most honest and authentic method possible. The building had to be a reflection of this commitment. There is the minimum of applied finishes as we wanted the natural materials to be expressed, warts and all."

On a less intimidating scale, a cottage in the historically significant conservation area of De Waterkant overlooking the Cape Town Waterfront was totally refurbished and the result was shortlisted in the House category at the World Architecture Festival 2011.

On to the tiny 65m² site a second storey and a roof deck were added.

''Within the severe constraints of the site it was possible to create a contemporary addition to this sensitive streetscape which is both sympathetic yet modernist," said architects Kotlowitz Marais.