Sorry, but carbo is really a no-no 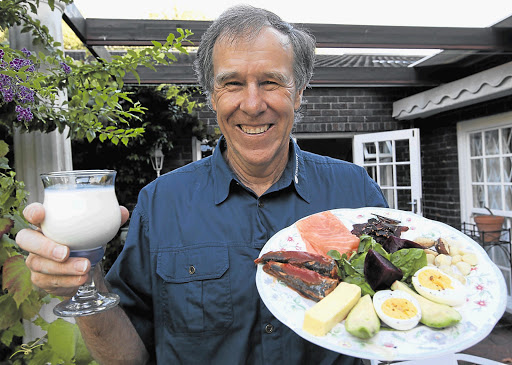 In an about-turn, Noakes is blaming food containing carbohydrates for the rise in obesity, diabetes and heart disease.

The sports physician, affiliated to the University of Cape Town and the Sports Science Institute of South Africa, won worldwide acclaim for his book Lore of Running, described as the "Runner's Bible" and first published in 2003.

Parts of the book, which advocates the benefits of "carbo-loading" and a high-carbohydrate diet, will now be rewritten.

"I used to say 'carbo-load every day, as much as you can'. Yes, this is a turnaround. Absolutely," he said, smiling.

The 62-year-old turned conventional feeding wisdom on its head with claims that fruit juice contained "hidden dangers" and that cereal was one of the worst things parents could feed their children.

That is if you are carbohydrate-resistant, a condition many people suffer from unknowingly, said Noakes.

He said he would like to change the world - one meal at a time.

"The people who have tried everything to lose weight, but cannot, are more than likely carbohydrate-resistant."

Noakes himself tested positive for carbohydrate resistance a year ago. The condition derives from defective insulin in the body. "Some people, like me, are carb-resistant. We cannot metabolise carbs, so it is changed into fat and can lead to obesity and diabetes if one does not change to a low-carbohydrate diet.

Noakes lost 15kg since adopting a new diet a year ago. Now his meals are high in protein and fat.

He said his new anti-carbohydrate arguments were based on theories put forward by Gary Taubes in Good Calories, Bad Calories and Why We Get Fat and What to Do About It.

"The results have been incredible. One of my patients lost 30kg over three months."

But local food health expert Dr Harris Steinman said dieticians had some concerns, including whether the revised diet was applicable to everyone.