With blond locks, long legs and delicate features, Jenna Talackova would have been a strong competitor in Canada's Miss Universe pageant but was disqualified, she says, because she used to be male. 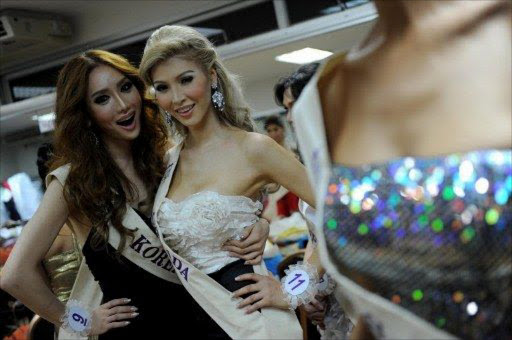 The 23-year-old transgender model from the western Canadian city of Vancouver has accused the pageant of discrimination, and more than 28,000 supporters have signed an online petition demanding her reinstatement.

The organisers of the Canada Miss Universe pageant said on their website on Friday that Talackova was disqualified because "she did not meet the requirements to compete despite having stated otherwise on her entry form," without providing further details.

The Beauties of Canada Organization, which organises the pageant, says it has the exclusive right to send a contestant to the Miss Universe Pageant, a joint production of US real-estate magnate Donald Trump and NBC Universal.

Talackova, who was selected among some 65 finalists for the 2012 competition, believes she was disqualified because of her sex change.

"I will look to turn this situation into a positive so that other people in a similar situation are not discriminated against in the future," she told Canada's CTV.

The story has flared through the British, US and Canadian media in recent days, sparking online protests.

"This is discriminatory, unjust, and quite frankly disgusting," said Oscar Dimant of Brooklyn, New York, listed as the author of the online petition at change.org.

"She is a woman and deserves to be treated as any other woman would be."

Despite being born with male genitals, Talackova said in a 2010 interview that she knew she was a woman from a young age, began hormone therapy at 14, and had surgery to change her gender when she was 19.

The interview, on the sidelines of the 2010 Miss International Queen transgender pageant, can be found on YouTube.

Neither the Miss Universe pageant nor its Canadian affiliate could be reached for comment.